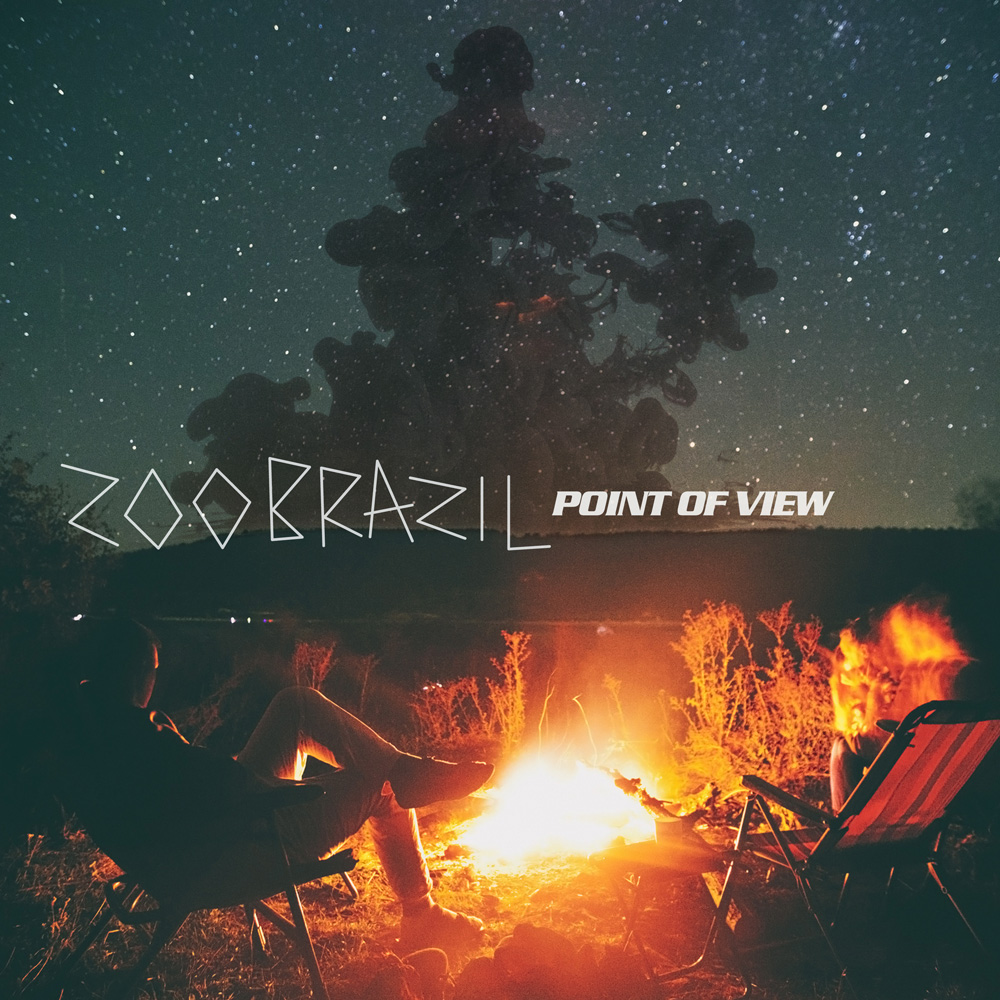 A point of view indeed. One musician’s of course, but that of an individual who’s proved – over many a year – to be as scene-enduring as he’s been artistically inspirational. Whilst Zoo Brazil may not make longplayers all that often, when he delivers, they typically become classics in their own right or simply works of electronic art.

The auteurish nature of John Andersson has given those releases the cachet, not simply of influence and cool, but evermore of rarity. Its title a casual allusion to John’s sonic bearing, ‘Point Of View’ is his first album statement since 2012’s ‘Any Moment Now’. Specifically that bearing encompasses the strata of classic, deep and tech house, with its tracks existing without exception in the hinterlands between.

A 10-track collection, ‘Point Of View’ lays bare the inner workings of John’s musical mind. While it draws themes and strand-influences from music spanning 40 years or more, don’t expect that to be as gauche as to be overt. Featuring the M/F vocal pairing of Wolf and Moon, the album opens with ‘From A Distance’. The German duo’s dream-folk song underpinned by John’s nagging, resolute groove, casual string strum and deep set bass throb. Following you’ll find former single ‘Never Had’. Advanced by Niara’s soulfully housey tones and spiritual lyrics, John’s extends its clubfloor range with bassy sub-riffs and a chiming top line. Continuing its vocal lean, gothic synth strains backset by timbale percussion gather the ether for ‘Nine Mind’, while Mama’s considered, mediative lyrics & vocals condition its latter stages.

A cautionary tale rendered as song, ‘Careful’ is the second showing on the album for the moodier two-handed tones of Wolf and Moon. ‘Shadow’ meanwhile reteams Zoo Brazil with ‘Heart’s A Legend’ frontman Philip. Edgier waveforms spar stylistically with curling guitar strains, while a simple looping hook underscores it. Marking one of ‘P.O.V.’s most classically house-ish moments, Philadelphia’s Ursula Rucker’s half spoken/half sung paean provides the emotional anchor for ‘In My Time’. On the surface ‘The Relax’ is bluesy in feel, but its darker, more technotic underbelly has other ideas – a tempo shifting b-line giving it a deliciously subversive undertow.

‘Point Of View’s third & final act of sees its needle swing over to the tech-house side. It becomes vocally more taciturn and focused on the deep, the atmospheric and the dubby. ‘It Takes Two’ gives the tempo gas a tap and mines more drama from its peaks, drops and moodily held bass notes. Ostensibly mild mannered in intro, ‘Waiting’s elements pull a midpoint fast one, unexpectedly and dramatically throwing in the big strings. Strings of a more violin-like nature pervade album swansong ‘Empty Minds’. Cryptic of mind, esoteric in delivery, its idiosyncratic final production flourish will doubtless delight seasoned Zoo Brazil watchers.