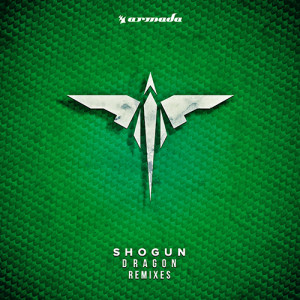 A little over a year after launching debut album ‘Dragon’, Shogun returns to build on the momentum of the acclaimed release with ‘Dragon (Remixes)’. The American DJ and producer, who currently ranks #47 in the DJ Mag Top 100 DJs Poll, appointed the task of remixing the album tracks to a wide array of esteemed producers, including Driftmoon, Willem de Roo, Tom Fall, and Sied van Riel.

Now, each track on the album has been treated accordingly, remixed by renowned producers in a broad range of musical styles. The remix album will be released by Armada Music today! 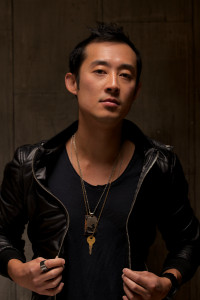 American producer, Andrew Chen aka Shogun, is the first Asian DJ and producer to be signed to Armada Music. Whether it is remixing for a world number one DJ, or for Grammy nominated singer and songwriter Nadia Ali, Shogun’s productions have gained him full support from the biggest names in the industry including Ferry Corsten, Paul Van Dyk, Above & Beyond, Armin van Buuren, Gareth Emery, and Markus Schulz just to name a few.

With some of the biggest anthems to date, ‘Save Me’, ‘Imprisoned’, ‘Run To My Rescue’ and ‘Skyfire’, Shogun has cemented his place as one of the most influential and biggest trance/progressive acts today and his songs have regularly been featured on the world’s leading radio shows such as Vonyc Sessions, Group Therapy, Corsten’s Countdown, Global DJ Broadcast, and A State of Trance Radio Show – [32 ASOT plays / 5 Future Favorites].

Voted into the DJ Mag 2015 world rankings at #47, Shogun has headlined events across the globe and also served as resident DJ for the prominent Ministry of Sound nightclub for over 3 years. His exclusive nine hour sets at the superclub set the standard for epic nights that can only be described as an emotional and amazing journey. These sets were also broadcasted live on Ministry of Sound Radio to thousands of listeners worldwide.

With the constant productions of top quality releases and the DJ skills to rock the best clubs in the world, the future is already written for this rising trance artist.