By any measure Myon’s been sizing up a compilation project for some time now. For the US-based DJ/producer however it was never about doing a mixcomp, it was about it’s about doing the mixcomp. Raised, throughout his formative years on them in his native Hungary, it was the go-to medium to get music. Mixcomps though, Myon feels, have lost some lustre and through ‘Tales From Another World’, that’s something he’s about to re-establish.

“I have always had a big dream to launch a mix compilation series that would make the same impact as the ones I listened to in my youth, Myon elaborates. From cassette mixes in the 90’s, to buying dance compilations in the 2000’s, there is no doubt this heavily influenced me growing up. I wanted to revive something that I felt was largely gone from dance music – to bring the ‘special’ back. That’s taken a lot of time to develop, but – happy to say – here we are!”

‘Tales From Another World’ is his first in a series that will go to new, and indeed he believes the furthest lengths to concentrate the essence of its settled-upon city, country or continent. Myon’s .01 debut rests inside that latter parameter. “To a greater degree, he says, I chose South America as the theme for the first instalment, because two of my all time favourite compilations share that theme. My goal was to find and create music that has the early progressive house sound, albeit with a Latin twist. The first rule in developing it was: no fillers/no cop-outs! From first to last, only music that truly belonged on a compilation would make the cut. This meant enlisting artists at Ride (Myon’s label) and from continent itself to help get a sound and feel that’s explicitly, authentically South America.”

Myon’s started by either connecting or reconnecting with artists of interest from the area itself. Finding many open to the concept, this led to a swift intake of music and collaborations from artists, singers and acts including Jose Pesqueira, Gabriel Montufar, Indaco, Nicole Torres and Gala Khalife.

Buoyed, Myon then went on the hunt for fresh-from-the-desks material that had notable Latin presence. As part of that process, ‘Ushuaia’, ‘Panama’, ‘Coral’, ‘Cala Saladeta’ and ‘Salvador Nights’ surfaced. This respectively brought music from Estiva, Pavel Khvaleev, Lee Coulson, Hausman, and Farius to ‘Tales From Another World Vol.01’s table.

With musical ethnicity from the continent forefront in his mind, Myon also retouched several current numbers to use exclusively as part of ‘Tales From Another World’s story. At cooler tempos and working with banks of instrumentation inherent to the area, he re-centered tracks like Late Night Alumni’s ‘Low’, ‘A Deeper Truth’ from Sygma & Anne Hathaway and Gabriel & Dresden’s ‘You’.

Myon didn’t overlook the opportunity to return to the crates and dig out some tracks from classic compilations past either. With his Reminiscent Mix, Farius has brought Angelic’s ‘Stay With Me’ back to the fore. Mitiska and Myon himself meanwhile have also given an artfully Hispanic ‘Tales’ translation to The Spacelover’s ‘Space Lover’ with their housier retell.

Further in the album also features a host of other music with perceptible shades and threads from the southern quarter. Spencer Brown, Ilan Bluestone and Wrechiski (to name a few) feature with – respectively – ‘Not Alone’, ’Nightwalk’ and ‘Fervour’. Further echoing that, there are notable mix inclusions like the tropical house-edged ‘When You’re Here’ from Roger Shah and Lumisade’s cool-n-trancey Balearic Mix of Late Night Alumni’s ‘Empty Streets’

“Tales from Another World is a series I would like to continue for years to come, with every volume representing a different continent, country or city, concludes Myon. I felt so much joy creating this, and I can only hope you will feel the same listening to this as I did as a kid in the 90s”.

No mere ‘spirit’/‘flavour’/‘vibe’ surface lick, this compilation is a wholehearted push to capture the experience/essence-absolute of South America. 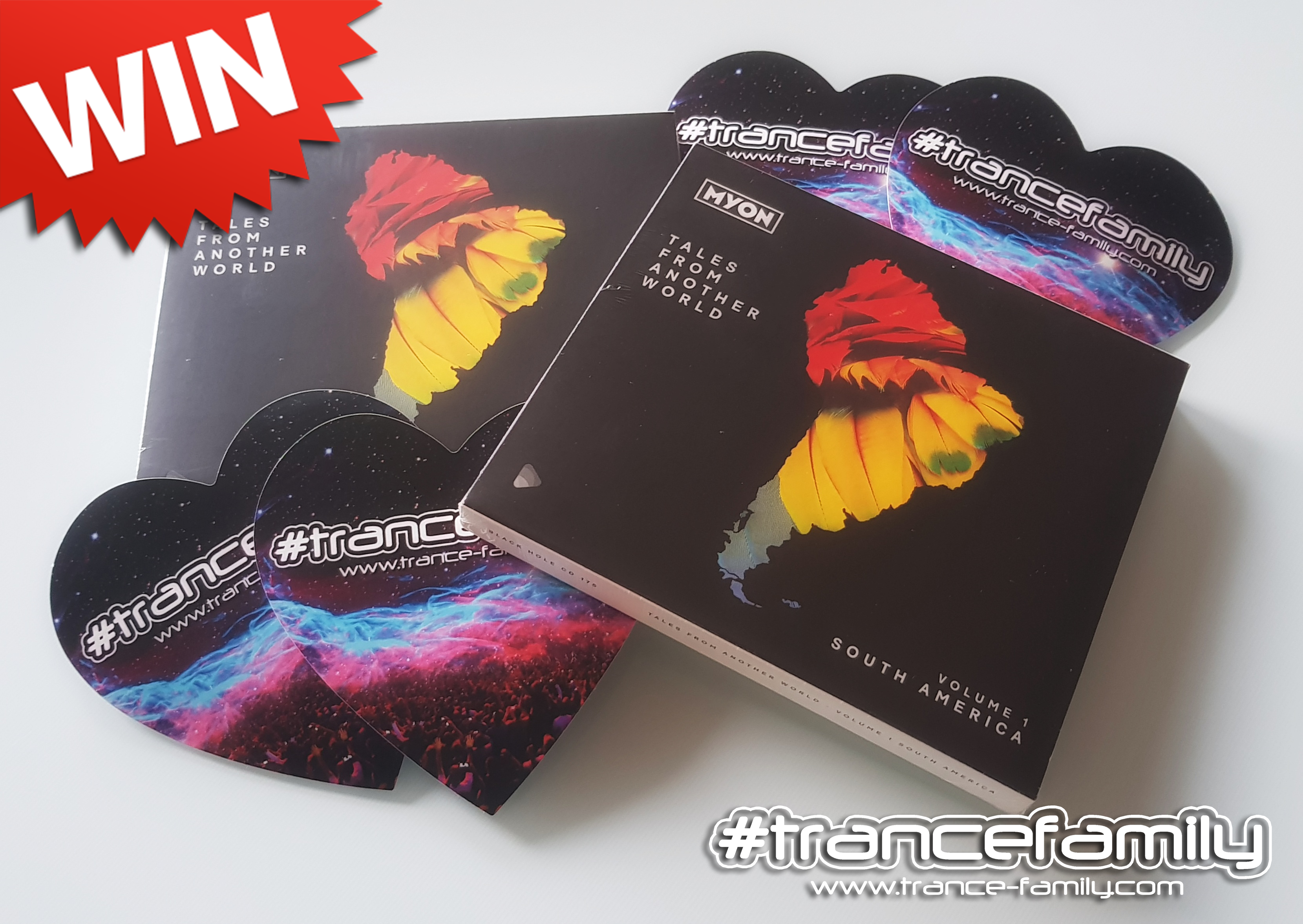