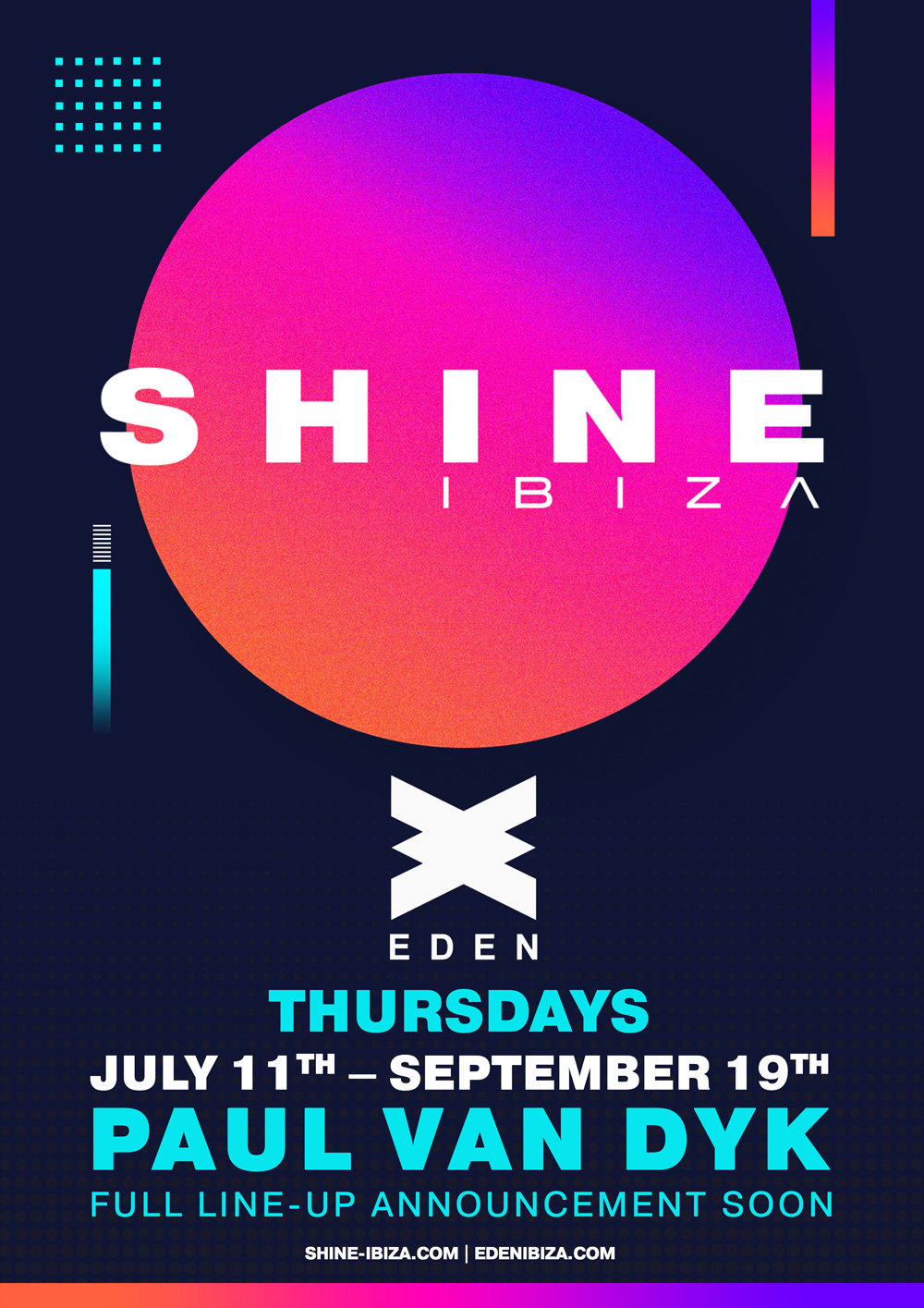 Hot off the back of the freshly-released ‘Music Rescues Me’ album, Paul van Dyk has more good news for fans today. Having enjoyed a highly successful 11-week debut run (culminating in him picking up DJ Awards Ibiza’s 2018 Trance Master title), The Supernova Group confirmed that Paul van Dyk will be joining the SHINE family for another season in 2019. Having headlined the Ibiza night throughout the summer, SHINE will be back at a new venue, and further will see Paul return to his customary TRANCE THURSDAYS residency slot on the White Isle.

On SHINE’s first season, Paul reflected: “SHINE brought a breath of fresh air to Ibiza in 2018. To break out and do something new and under our own steam was a wonderfully liberating experience for myself personally and, I think, all involved. The team was right, the vibe was right and the DJs SHINE brought in to play were second to none. Trance and its global family were back on the island in its truest form. That all showed in the reception the night received.

On my last trip to Ibiza this year I dropped into the recently fully redeveloped Eden. I was blown away to see how the venue was modernized and refined. I’ve played the best and most exciting venues in the world and the new Eden is exactly that. Alongside San Antonio’s continuing regeneration, I am sure SHINE will host a world-class 2019 production there. Trance and Eden have a close relationship/shared history that goes back decades. In tandem with the desire to have the night back on Thursdays, I’m delighted to say that SHINE will be moving to the club for the upcoming 2019 season.”

Of the night’s move to Eden, the club said: “We are delighted to be hosting SHINE Ibiza for the first time in San Antonio. We are dedicated to offering a diverse range of club nights to our Ibiza crowd. We can think of no better team to bring Trance to Eden than with legendary Paul van Dyk and the SHINE family for 2019”. SHINE promoter and MD of The Supernova Group Nick Ferguson echoed that, saying: “We are very excited by the opportunity to move SHINE to Eden for the 2019 season. The club has recently experienced a fantastic redevelopment and resurgence, as has San Antonio. Eden is well run, by people that believe in trance and are passionate about working with an exciting new brand!”

Paul will once again headline the night and a first raft of supporting DJs will be announced early in the New Year. Season 2 of SHINE begins with an opening fiesta on July 11, 2019 and will run for 11 #TranceThursday nights through to September 19. More info to follow early in the New Year.