Following a phenomenal debut tour in early 2017, “Armada Invite” is set to return to China coming August. With dance music luminaries MaRLo, KhoMha and Estiva on the line-up, it’s bound to become another monumental edition of the global “Armada Invites” series.

From Thursday, August 23 to Sunday, August 26, Armada Invites is to turn the country of China into the dance music epicenter of the world. The tour, the first joint project with Live Nation China, starts off with a show at Space in Chengdu on Wednesday, after which it the madness continues at Fusion in shanghai, elements in Beijing and Galame in Foshan on respectively Thursday, Friday and Saturday.

A frequent guest on the line-up of Armada Music’s global events, MaRLo is without a doubt one of Trance’s mainstays. During this four-day China tour, the Australian Trance star – who recently launched his own Reaching Altitude label under the wing of Armada Music – joins Colombian Trance juggernaut KhoMha as well as crowd favorite Estiva, who recently released his ‘Spectacle’ album. Together, they’ll conjure up a slice of Trance magic that will shake the very foundations of the clubs it hits.

Armada Invites is Armada Music’s main global event brand, bringing a host of different artists and styles to all corners of the world. Its in-house namesake is a recurring event in Armada Music’s in-office club in Amsterdam with exclusive showcases from some of the biggest and most talented artists in the world (such as Armin van Buuren, Borgore, Cedric Gervais, Eelke Kleijn, Erick Morillo, Gareth Emery, Kevin Saunderson, Lost Frequencies and NERVO) and reaches a worldwide audience via its livestream on Facebook and YouTube as well. 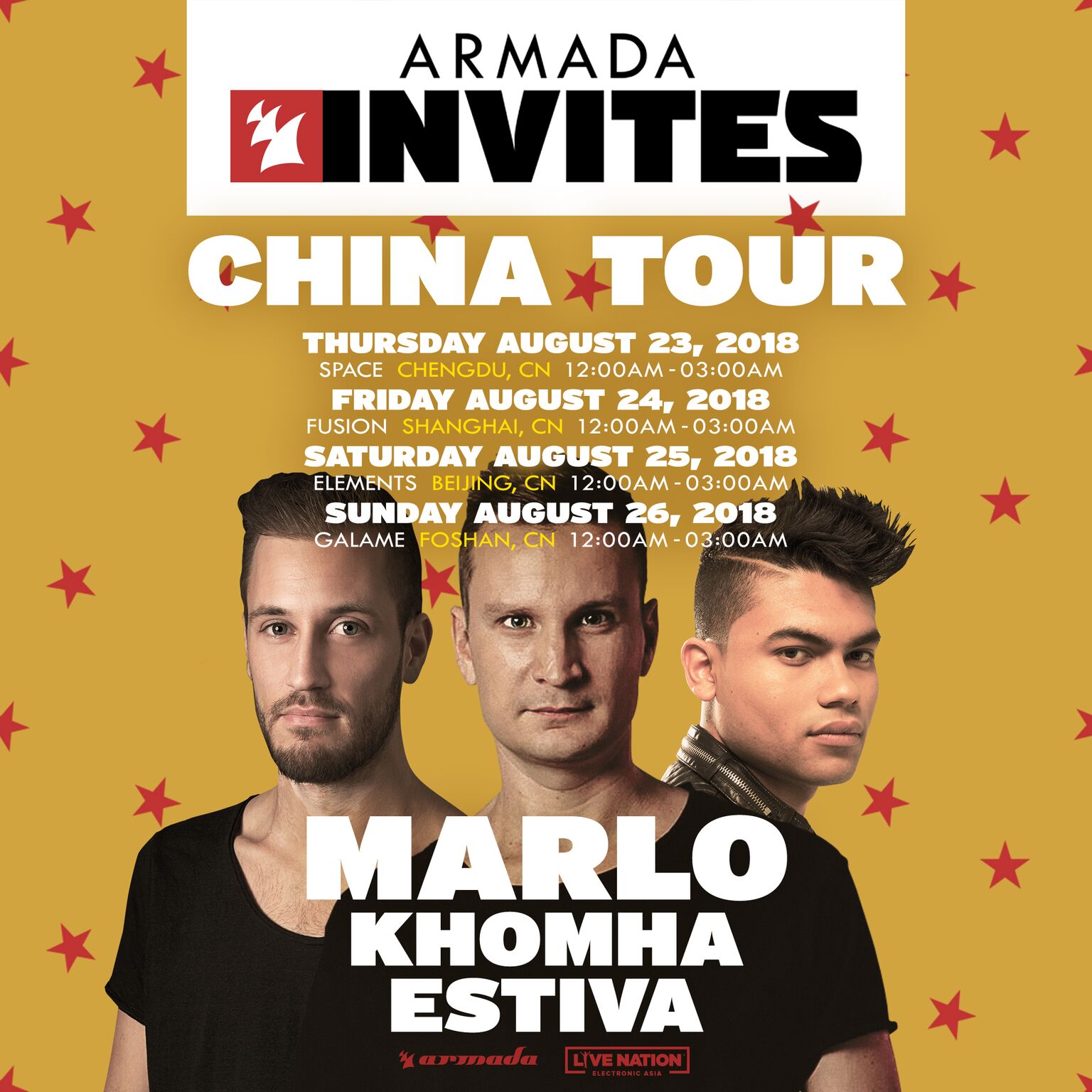