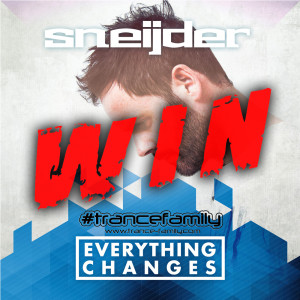 Over the last 3 years Sneijder’s a man who’s been as tagged, labelled and dubbed as much as anyone in electronic music. Everything from ‘nu-skool leader’ to ‘hard-trance saviour’, the genre’s ‘2.0’ and even ‘the Second Coming of Irish trance’ have been laid at this door.

With the release of his highly anticipated debut album, the end of 2015 sees the lionized Irish DJ/music-maker re-qualify those designations and perhaps affect a few new ones in the process. With ‘Everything Changes’ he presents planet trance with a fully realized 13-track collection of thoroughbred productions – ones that’ll delight fans longstanding, whilst opening new eyes too.

‘Everything Changes’ naturally comes fully loaded with much ear-wowing solo audio from studio-Sneijder – tracks that deliver a new level high for his best-known sound. Equally though the album sorties newer territories: vocals, breakbeat and trance-progressive being just a few. With organically chosen collaboration tracks interleaved with song-based pieces, ‘Everything Changes’ delivers everything a classic long-player should. An eye opening end-to-end listen, it’s a debut to which you’ll return, not just in weeks, but months & years to come. 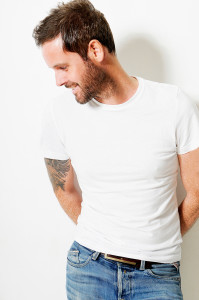 What’s the meaning, background story of Everything Changes?

Everything Changes means my journey in life basically so far, both as a musician and as a person. I have went through various genres of music to finally settle on my sound and along the way my career and life in general has taken many different paths.

How long did it take you to finish the album?

The album has taken around 12 months to complete, the vocal tracks have taken the longest as I really wanted them to be stand out.

Did you have you have Christina Novelli in mind for Love of My Control from the beginning?

The track was written together from scratch, so I had no idea how it would turn out. I just knew I wanted Christina on the album as Im a massive fan of her work. I’m delighted with how the track has turned out and the response has been incredible.

Can you tell us a little bit about the other vocal and production collaborations you have on Everything Changes?

Both Katty and Karen are another two artist who I love and it was a great honour to work with them both aswell. It can be time consuming trying to get vocal tracks bang on and Im glad they all turned out how I wanted them too. All the vocals have been massive in my sets all year.

Were there collaborations with other producers or vocalists you wanted to have, which are not included in the album?

I could write a list of ten producers I would love to work with, Working with Giuseppe was a big thing for me. Im a massive fan of Giuseppe as he is one of the main reasons I started to make trance music. Who knows maybe next year I can start to collab with some of the artists I missed out on.

There has been so many, The 6hr set I did in NY was a massive one for me, big milestone for sure. ASOT in Argentina was also off the hook. I could name ten gigs easy, so many great nights, which is never a bad thing.

Without being vein :) ‘Love Of My Control’ has been massive all year for me, other than that Bryan Kearney’s remix of Plumb was huge this year I think for me anyway.

Loads of new ventures coming your way. I have been working hard over the last 6 months to unleash everything very early 2016 :)

Do you plan an album tour in 2016 in support of Everything Changes?

Yes I have been doing tours as of 2 months ago, I will spend a few more months into the New Year pushing the album and then its onto new things. 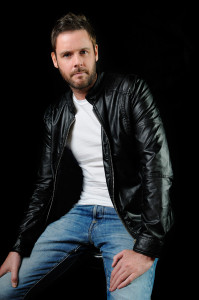