Seven years in the waiting, nearly three in the making and a testament to music’s spiritual capacity to heal, ‘No Boundaries’ arrives this May. Musically, its creator Roger Shah is a man with a considerable amount to say and a tireless amount of studio energy to do it with. Album-wise however it’s not often he does it under his own name. Given the wealth of his output, ‘No Boundaries’ – surprisingly perhaps – is the first Roger Shah long-player to see the light since ‘Openminded?!’ back in 2011.

Interspaced between have been five mix-compilations, a range of soundtracks & side projects and – under many an alias (most notably Sunlounger and High Noon At Salinas) – several albums. As such you’d be more than forgiven for losing sight of the time slip that’s opened up between ‘Openminded?!’ and ‘No Boundaries’.

Even for studioholics like Roger, albums don’t happen overnight. ‘No Boundaries’ process came together at a more measured pace than any of his projects before it. Though its production took place during a period of personal loss for Roger (with the passing of his mother), this was as much down to the album’s range & scope. It took the better part of 3 years for its 30 tracks to be completed and drawn together.

A frankly massive contingent by any long-playing standards, ‘No Boundaries’ features a comparably impressive ensemble of singers, songwriters and other artistic partnerships. Moya Brennan, JES, Carla Werner, Natalie Gioia, Jennifer Rene and Susana are just some of the names marshaled to its starry vocal cast. Alongside them Roger’s rejoined by singers whose tones have become all-but synonymous with his work. ‘No Boundaries’ sees the return of regular Shah players such as Yoav, LeiLani, Inger Hansen, Zara Taylor and Adrina Thorpe. As singers, so producer team-ups abound. Aly & Fila, Sied van Riel, Stoneface & Terminal, RAM and Feel are just some of the fellow studio-heads who’ve rallied to ‘No Boundaries’ creation.

A seven year interim between albums there might be, but title as in tone, ‘No Boundaries’ and ‘Openminded?!’ share a common message-cum-theme. Shah’s musical world is remarkable. Instrumentation, arrangements, influences and style-mixing – the likes of which no other producers addresses – are writ big-print large and ‘No Boundaries’ is no exception. It is however definitively Shah at his most 4/4 and ‘club’ paced.

Right away the first disc delivers a cornucopia of standouts. Clannad’s Moya Brennan features on the heart-stirring ‘Reasons To Live’, while keeping it in the family, daughter Aisling Jarvis delivers a hat-trick of incredible performances through ‘When You’re Here’, ‘Hold Your Head Up High’ and ‘Call Me Home’. LeiLani’s ‘Love Heals You’ and ‘Eternal Time’ strike at emotional centres, as does Roger’s most recent single – the JES-treated ‘Star-crossed’. Lent voice by Inger Hansen, Roger’s creative reconsideration of dance classic ‘Castles In The Sky’ shines, as do ‘Fire’ & ‘Skyline’ – new productions voiced by Zara Taylor and Adrina Thorpe respectively.

On it’s road to release, Roger said of ‘No Boundaries’ “my idea was to create a unique journey for the listener to take. Its production has certainly been that for me. Working on it over the longer time period has been an experience as different as it’s been hindsight revealing. When I listen to each individual song, I can really hear what I was going through whilst making it. It’s wonderful to now be able to experience them all together, collected in this album form.

‘No Boundaries’ creation also coincided with a markedly difficult time for him personally. Roger continues: I have dedicated this album to my beloved mom, who very sadly never got to hear it in its final form. I’ll always be grateful though that she had the chance to listen to it at least in part”.

To the greater degree Disc 2 is the rally point for the majority of the album’s producer collaborations. ‘For The One You Love’ teams Roger with Dutchman RAM while ‘Without You’ sees a similar debut studio acquaintance made with Sied van Riel. A former ASOT Tune Of The Year, ‘Unbreakable’ has Roger reconnecting with Aly & Fila, while Disc 2’s swansong is his remix tribute to Tiësto & Julie Thompson’s classic ‘Somewhere Inside’. Dotted between, cooler productions also prevail. More chilled lower-tempo numbers like the Carla Werner-sung ‘Castaway’ and ‘One Life’ alongside Feel and Zara Taylor provide natural intermissions to its abiding 4/4 nature.

Get your copy here: rogershah.choons.at/noboundaries 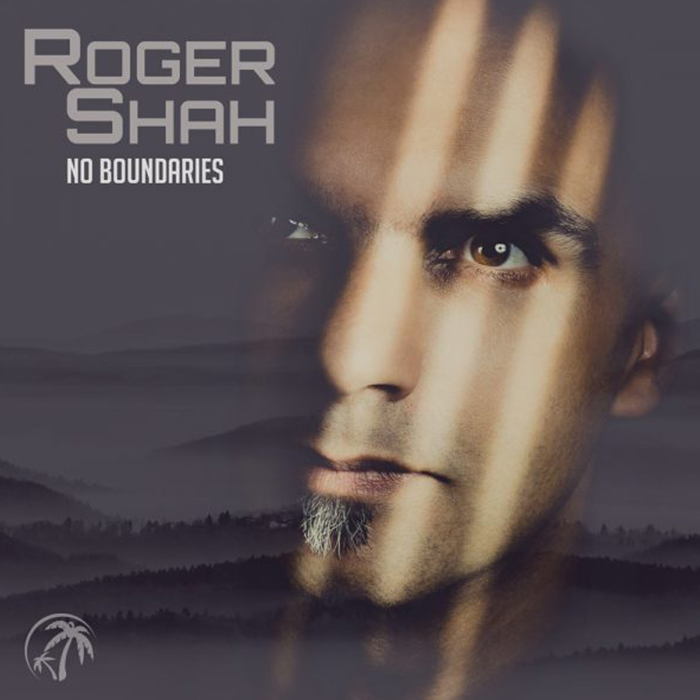