Who doesn’t like to finish on a high?! 12 months to the day since ‘We Are The Light’ debuted, Markus Schulz presents the final single action from his seventh album. Following a flood of online appeals, and now (alongside its official video) sporting a deuce of club-bound remixes, ‘Light Up The Night’ does precisely that today!

Now if the name ‘Alina Eremia’s yet to enter your consciousness, well we’ll wager you’re not Romanian! Inside her home country, the voice behind ‘Light’ has the kind of résumé that all-but defines ‘household name’. At just 25 years old she’s already been a judge on The Voice, a contestant on Dancing With The Stars, starred in both seasons of TV comedy/drama A Bet With Life, sung on chart topper ‘Turaj’ and voiced Pocohontas for Disney. We’re not quite sure what number of ‘threats’ that makes her, but it’s definitely more than three! Thus – on one of his many trips to the country – it’s not hard to see what brought Alina to Markus’ attention, culminating in their collaboration on the upliftingly spirited ‘You Light Up The Night’.

Flanking Markus’ freshly pressed Extended version, the release also comes equipped with a pair of killer club-specific reworks. First out the gate is Richard Durand and even by his high-bar standards, he’s delivered something extraordinary. Leaving an oasis of Alina’s hope-filled song & emotionally charged voice in the midsection, the Dutchman’s conspired maximum trance elevation everywhere else. Dustin Husain (he of recent Perfecto, FSOE & Armada release acclaim) isn’t playing quite so nice! The Los Angelian’s gone looking for the hidden beast beneath ‘Light’s beauty. Though enhanced tempo, acidic curl and rapacious bass, he finds it – finally releasing the pressure post-break, to drop it into the primetime net.

Get your copy here: markusschulz.complete.me/ylutnremixes 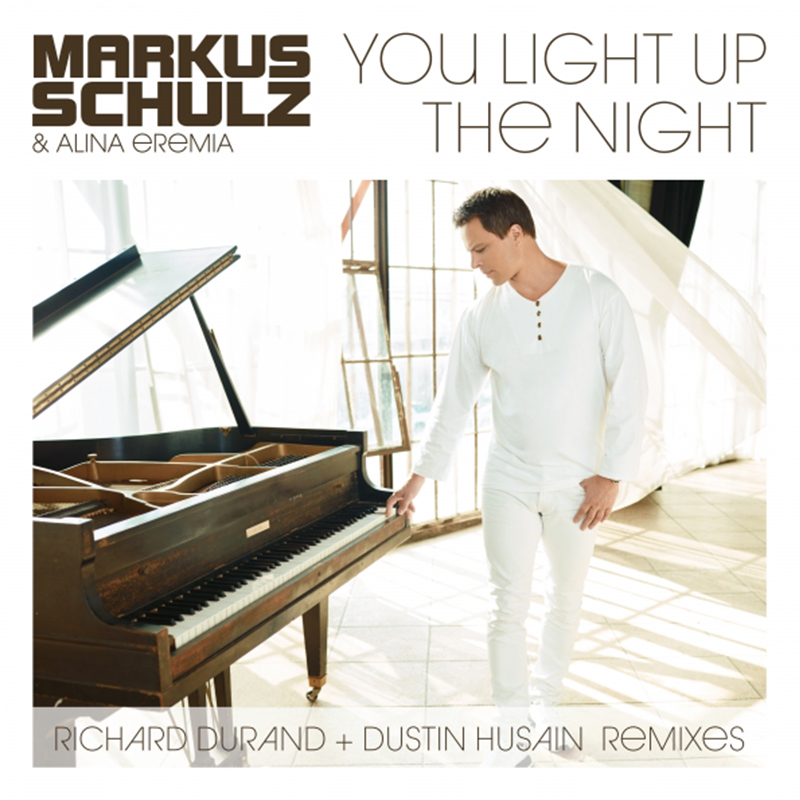