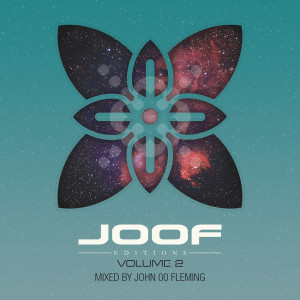 In April last year the first ‘J00F Editions’ caused less a ripple, more a seismic swell to pass across the electronic music pond. It rubbished the standard mix-comp rubric and ported a DJ’s genuine in-club experience like few before it. Underscoring, no end the popularity of its mixer-in-chief, ‘JOOF Editions Vol. 1’ debuted at #2 on Beatport’s all-genres chart (landing between Avicii’s ‘True’ & Skrillex’s ‘Recess’) – a landmark achievement for a trenchantly underground release. It was also the vanguard for the JOOF Editions World Tour, which sold out an incredible, unbroken string of shows in 32 cities.

Released this summer, it coincides with the second coming of the ‘JOOF Editions’ tour, whose launch weekend takes place at Fly, Toronto and LA’s Avalon on the 24th & 25th of July. Throughout the tour his open-to-close sets will be supported by many a DJ luminary (phase 1 having already seen techno icon Dave Clarke, Faithless’ Sister Bliss, Goa king Ace Ventura and tech/prog-house chieftain Dave Seaman take to the decks).

The ‘Editions’ battle lines have been drawn for a second time! On June 22nd the underground calls again.

The mix-comp’s mission is as simple as it is unflinching: to ring fence and fortify electronic music’s underground through sounds that stylistically shun commercialism… with prejudice!

‘JOOF Editions Vol.2’ arrives, as its maker intended – a 4hr-long unbroken mix journey. Throughout its runtime, you’ll find a mass of deep-space-prog and neo-trance from the likes of Guy J, Matt Lange, Miika Kuisma, Phoebus and many more besides. Naturally, you’ll also find a profusion of 00 Fleming material too. Included among them are (per DJ Mag) the “deliriously kaleidoscopic” “sonorous, long-dark-tunnel appeal” of recent “8/10” scoring single ‘Tik Tok’ and the just-released follow-up ’The Imperial Echo Of Devastation’. Book-ending the mix meanwhile are ‘Editions 2’ exclusives ‘Amanitas’ (with Digital Blonde) and its ambient dénouement ‘5000 Light Years From Earth’.

On the release of ‘Vol.2’, 00 Fleming says: “‘I’m known for playing my longer sets where fans get to hear the true JOOF experience. Over 6 to 8 hours I can unfold a wonderful musical story that has no genre rules, where I can feely express my collection of hidden gems to a likewise audience allowing them to experience new music yet delivered in a new exciting way with many twists and turns. With my JOOF editions mix compilations I try to bring a snapshot of the club experience into to your living room, your car or while running along a beach over an unbroken 4-Hour period. Last years debut album proved a huge success and something I intend to bring back again here with Volume 2’.

Through tracks like ‘Tigris And Euphrates’ and the Deep & Dark mix of ‘A Touch Of Grace’, music from longstanding J00F compatriots like Airwave are equally well represented. Likewise you’ll also find much from John’s protégées, including ‘The Dark Machine’, ‘Funktional’ & ‘Rool To The World’ from Rick Pier O’Neil and Alex Di Stefano, whose ‘Black Panther’ and Bryan Kearney ‘Say Nothing’ rework rock the mix’s midsection.

As ‘Editions 2’ ventures into its final hour, the tone turns to face east and faces out Goa way. The humid ether and propellant tempo of 1200 Micrograms’ ‘Shiva’s India’, Astrix’s ‘High On Mel’ and the Sonic Species rework of his ‘Techno Widows‘ cast their spell. Further in are album exclusives like ‘7 Theories’ from Micky Noise, Static Illusion’s ‘Mind Keepers’, Audiotec & Space Cat’s ‘Touring’ and Zen Mechanics/Egorythmia collab ‘Dragonfruit’, all summoning a thrilling psychedelic thrall.

A gripping journey into the sonic mind of one of electronic music’s most underground committed and dedicated DJs, 00 Heaven awaits this June 22nd!

Calling John’s life in electronic music anything less than extraordinary would be a considerable understatement. Over the last two decades he’s been behind 30 music-compilations and artist albums, which have sold cumulatively in excess of 10 million copies. Of which 10 of his mix compilations and five single releases have made the UK’s national Top 40 (on major labels including Virgin, EMI and Warner Music), whilst his most recent club tracks have resulted in a succession of Beatport top 10 chart positions.

As a DJ his club, arena & festival showings are legion. Everywhere from the UK’s Ministry of Sound and GodsKitchen to Cielo and Avalon in the US (and most points in between) have played host to his night-to-dawn sets. He’s also a mainstay at festivals like Global Gathering, Dance Valley, Serbia’s Exit, Brazil’s Exxxperience, Australia’s Future Music, Belgium’s Tomorrowland and EDC.

Labelled “a national treasure of trance music” by Radio 1’s Pete Tong, John has dropped his brand of underground science at more than 160 venues over the last three years. His record label J00F Recordings and his radio show, Global Trance Grooves (broadcast on DI. FM) provides the most diehard of fanbases’ with their monthly fix of J00F.