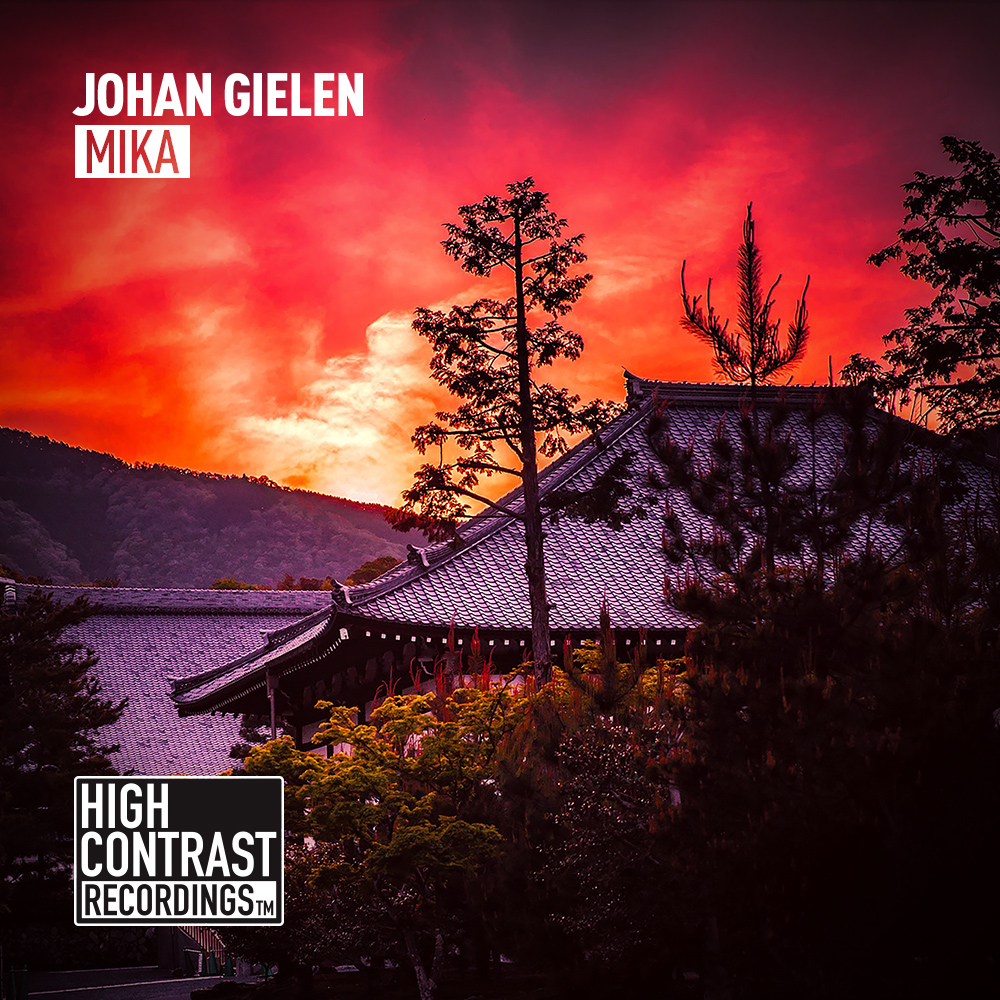 The times they are a changin’… Curiously enough this change entails a throwback to the glory days of the Trance past when the Anthem sound ruled the dance charts in Europe! And who other than mister Trance Energy himself, Johan Gielen, to be riding the sweeping wave of this renaissance? He was in fact, as Airscape, one of the first to bring back the Anthemic Trance sound in 2013 when he released “Endless Forever”. Four years on, the ease with which he creates these Classic-sounding gems has not decreased one bit.

His newest single “Mika” is no different. Starting off with a distant reverbed pad, the tune takes only half a minute to present you with a firm Trance bassline, promising some uplifting goodness ahead of us. A main lead tease leads us into the breakdown which moves in surprisingly early, just short of two minutes. Delightful Trance pads are slowly filtered to full force for that close-your-eyes-and-raise-your-hands-to-the-sky moment. A playful piano and some gentle drums add the flavor here before the crowd finally gets what it wants! It’s Classic Johan all over your eardrums with a plucky Trance lead that gets strengthened by a more prominent saw as the climax approaches: BOOM! It’s like turning the clock back to the good old days but when you open your eyes it’s actually 2017! The piano returns and gently plays along in the background as Johan sprinkles more synthy goodness for that oldskool feel-good vibe. A final snare-backed climax leads us out of the blissful main part as the track takes its time to wind down. Nearing the 6-minute mark, we get a little main saw tease but the reprise it seems to hint at never comes… Thank God for the replay button! Mika is set to light up these dark, cold winter days like an early Christmas present. In DJ Land, Armin van Buuren has already dropped it on ASOT epsiode #840 and Markus Schulz has shown equal support by unleashing it on the November 23rd edition of GDJB. With that kind of triple-A backing, Johan makes sure his final single of 2017 goes out with a bang!

Overall, it has been a very productive 2017 which saw him unleash Hollow Shadow and revive the DJ Energy & DJ Tatana classic “End Of Time“. Not only that but he released “Trance Classics – The world edition” and called his old partner-in-crime Svenson to bring us CD2 of the Trance Energy 2017 compilation: both showcased the Trance Classics we all still love after all this time. Now, one can never speak of Johan’s achievements without considering his energetic, hair-rising, full-on euphoric DJ sets! He kicked the year of in style with the World Tour of his Trance Classics compilation at BeachclubVroeger, a venue most renowned for its connection to Luminosity At The Beach which has kept Trance relevant in the Netherlands for a decade now. Throughout the summer, Trance fanatics were treated to his sweeping electric sets at the likes of Trance Energy stage @ Tomorrowland, Lowlands Festival, the infamous Monday Bar Cruise and unsurprisingly he took to the Classics Stage at Electronic Family Festival which relocated in Den Bosch after a successful half decade in the Amsterdamse Bos. The return Johan Gielen has not gone unnoticed: he signed an exclusive three year deal with the Schulz Music Group (SMG), marking his continued relevance for the genre.

Get your copy here: https://hcr.lnk.to/mikafa

So what does the future hold for mister Trance Energy? For 2018, a US tour is scheduled. Events like Dreamstate SoCal prove that a new vibrant crowd is craving Trance music and obviously, Johan will be sure to satisfy their appetite! Also, mark down the date for next year’s Easter weekend… Rumour has it he will once again take to BeachclubVroeger to turn the place upside down like he always does. And rest assured, he will be gracing a lot of large festivals over the course of the year, but that’s all we can say for now… If he has proven anything over the past decades it’s that Gielen Time is any place, any time, until The End Of Time.  Don’t miss it!