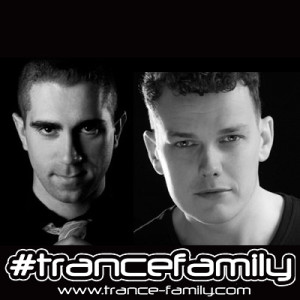 This time we’ve been rapping with Giuseppe Ottaviani and Liam Wilson about their extensive association with UK club knights Goodgreef and their participation in said party-throwers ‘f15teenth’ anniversary celebrations.

Hi! where do we find you today and what have you been up to?

Giuseppe Ottaviani.: Hi, surprisingly I’m on a plane and I’m on my way to a great USA and Canada weekend as I’m bringing my GOONAIR label’s nights to San Francisco and Toronto plus a live show in Sacramento.

Liam Wilson: I am just at home working on some new music, I have been very busy lately so just trying to squeeze the time in to get some original tracks finished.

Cool! So, to start off, tell us when you first came across the name Goodgreef?

G.O.: I’ve been around for 14 years already and I firstly heard of Goodgreef somewhere around 2003/2004 when I was touring under the NU NRG name. At that time I was signed to VANDIT Records, Paul van Dyk’s label and they were doing bookings and management for me so they had the first approach to Goodgreef.

LW: I first came across the name Goodgreef when I was around 15. My friends used to go to the club nights before I did, they used to tell me how good it was I really couldn’t wait to go as I had just started DJing myself I was massively into trance.

What was your approach to the mixing of your disc and what kind of music mix/progression were you going for?

G.O.: I basically tried to split my disc in 3 parts. Part 1 is dedicated to brand new and exclusive tracks coming from new and upcoming artists. Just like I normally do when mixing compilations, I like to focus on exclusive ‘never heard before’ material that I sign to my label and give it to the compilation as probably the strongest and freshest part of my disc. Part 2 was intended to be for classics. Since we are celebrating 15 years of Goodgreet I thought it would be nice to also show my personal highlights from the past years. Older tracks were remastered to give a better listening experience, and the more recent ones have been included under the form of mash-up for some extra spice. Part 3 was just a collection of the most recent tracks the I personally like the most and support on my radio show.

LW: My approach was to try and make it sound as much like the Goodgreef sound as possible. I wanted my mix to keep the identity of the brand and also to show my style as a DJ. Nice and driving from start to finish!

G.O.: It really depends by the city and the club i’m playing at, each night and club has a different favorite slot. In the case of Goodgreef in Manchester I would definitely go for something around 2:00am

LW: At this stage in my career I am used to playing the more 4-6 slots as I play quite pumping although professional I have to sometimes play earlier sets which isn’t a problem as I adapt to the time. I love DJ’ing…whatever time it is. 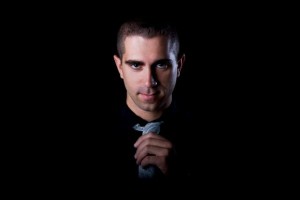 If you had to choose three adjectives to describe what you’d like clubbers to experience when you’re behind the decks there, what would they be?

G.O.: Can’t really explain this with just 3 words as my English dictionary isn’t wide enough to find the right ones!

G.O.: I believe it’s all about getting lost in the music dreaming with all those beautiful melodies, crying with soul-touching lyrics, dancing till you can’t stand up on your feet with the amount of energy this music brings. Basically this is what I experience when I play and I’d love for other people to experience the music in the same way I do.

LW: I’ll give it a try! I’d go with: Engrossed, Amazed, Thrilled

G.O.: I think my favorites are “Active Sight – Tears Of Joy” as it’s such a classic for me; “DJ Xquizit feat Tim Hilberts – First To Go (Soniq State Remix)” amazing new talent and Tim has a quite unique voice; “Alex Di Stefano – Pulse” this one represents the dark side of me, the more energetic part od the disc, though I had to bring up the tempo from its original 128bpm to 136bpm to better fit my taste ☺

LW: for me it would be Dark Alliance – Genetic, Marcel Woods – Advanced and Will Atkinson – Victims.

When was the first time you played a Goodgreef night and what did you take away from the experience?

G.O.: If I really have to be honest with you I’m not sure when it was the first time, as I said before it’s been a while ago, but I can assure every time I played for them it has always been epic.

LW: The first time I played at a Goodgreef event was back in 2007 and I warmed up for John O’Callaghan. For me that was the start of something amazing and gave me the hunger to carry on and push for a career in DJ’ing. 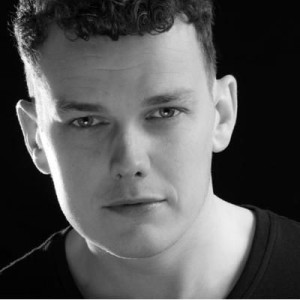 Aside from ‘Encore’ (the GG F15teen anthem), there are also quite a few of your own productions, remixes and new items from your label on the album… What can the good people look forward to!?

G.O.: What I would point out is that there are two mashups in this compilation and they are available as bundle only which it means you cannot download them as a single track but they are part of the compilation. The reason why I have included those two tracks it’s because one of the favorite features of my GOONAIR radio show called #MASHUPSELECTION. This is where every week I play the best mashup received from other producers, DJs or simply music lovers and sometimes I get some very good one. It’s the case of the following mashups: Aly & Fila vs. Andain – Beautiful Underwater (Lucas Deyong Mashup).wav – Audio – Aly & Fila vs. Andain – Beautiful Underwater (Lucas Deyong Mashup), Venom One & Tomas Heredia vs. Giuseppe Ottaviani feat. Amba Shepherd – Lost For Moments (Joe Napoli Mashup)

They are so good and that’s why I decided to include them on this compilation. I believe it gives an extra value to my disc.

And from your side Liam?

LW: I put a few of my productions on the cd as still wanted people to hear some of the Liam Wilson sound. Firstly ‘Aspiration’ which in my eyes is one of my favorite productions…it has a simple but effective melody which I took inspiration from the older style trance tracks from times gone by. My other track ‘The Trip’ I specifically made it for the cd as I wanted to add something a little crazy but techy…when you hear, you will understand haha

Liam, which Goodgreef classics have you included on the album? LW: TOCS – 2 (Scot Project Remix 1), Dark Alliance – Gentic and Marcel Woods – Advanced are the main ones I think.

The album is fully out now. What kind of early reactions are you picking up regarding your mix through your social media?

G.O.: It’s going pretty well, people seems to love the compilation and they definitely enjoy it on the dance floor, but it’s also great to see them making posts while enjoying it at the office, in the car, at the gym or simply in their bedroom. It’s great to have a compilation with a bit wider range of music that can fit all the different situations while strictly being a Trance compilation.

LW: The reception I’ve seen so far has been amazing, I was so humbled when I was asked to do the mix and now receiving such a great reaction from all the people who have bought it just makes it so much more special.

How was your experience at the F15teenth Goodgreef party ?

G.O.: Absolutely fantastic. I played a very exclusive producer classic set, something I usually don’t do but I have to admit it was a great show and people loved it.

LW: Echo that completely – it was an incredible night!

Finally, what of your other autumn/winter plans can you share with us?

G.O.: I’m working on a brand new live concept that you guys will get to know shortly and I’m working really hard to finish my new artist album. There’s so much going on and I can’t wait to show you the result of a year of hard work.

LW: I have quite a lot coming up over winter. I have loads of studio stuff to do along with some wicked dates. I have the Goodgreef cruise in November and then Cream and Goodgreef Party in London in December. All in all a busy end to the year.