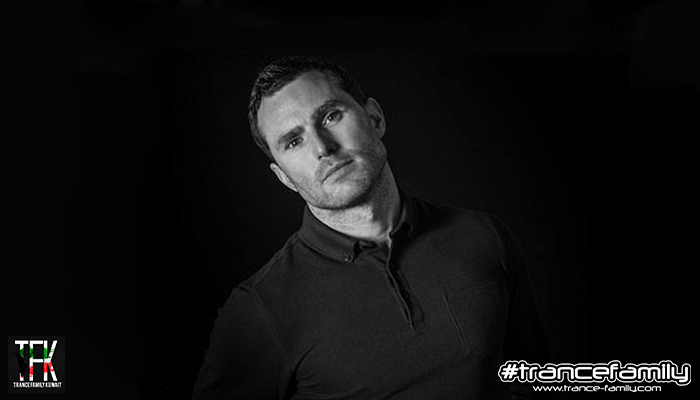 Trance Family Kuwait visited Electronic Family Festival that took place in Autotron in Den Bosch, Netherlands on the 5th & 6th August 2017. Despite the rain on the first day, the festival was amazing with four stages and variety of trance genres, ranging from progressive, uplifting, tech, psy and classics. During the visit, Trance Family Kuwait sat down with Irish trance music DJ and producer who’s been exploding in the scene recently with his unique sound, the talented “Ciaran McAuley“. He is formerly one half of the trance duo “Walsh & McAuley” and Went solo late 2014. It is not surprising for us that Ciaran has been getting support from big names in the scene like Armin van Buuren, Aly & Fila, Ferry Corsten, Giuseppe Ottaviani, Gareth Emery, Paul Oakenfold, Sean Tyas, Solarstone, RAM, and many more for his astonishing tunes and beautiful melodies. Ciaran has been working with labels like Armada Music, Future Sound Of Egypt (FSOE), Grotesque and Pure Trance. His releases have been climbing the charts of Beatsport with tracks stealing the top 10 spots. Some of Ciaran’s recent releases are: “We Are The Light, Tears, In Memory Of You, Thoughts Become Things, The Sunrise Through Your Eyes, A Thousand Roads.

[title]Interview[/title]
How did you start and what/who was your influence?
I started with more of the progressive sound as I’m a massive fan of Paul Oakenfold.

Your track names are mostly emotional. What do you choose them based on?
It’s because of sound of the tracks and the feeling I get when I’m in the studio. I’m a massive believer in the law of attraction and that could be an influence.

What is your dream project?
It’s consistently growing. I’ve always wanted to play Creamfields and it’s happening for me this year. There are so many things slowly but surely taking off. I want to play in Australia and the states. Things are blowing up.

Who would you like to collab with? And why?
At the current time probably Aly & Fila. They are my biggest influence because their production is a different class.

What other styles you would like to experiment with?
One of my favorite artists is Eric Prydz he’s quit melodic in that genre. I have done a few tracks of that style in the past but I have been very busy with trance music in the meantime and I’m happy with the way things are going.

Is this your first time to play Electronic Family Festival? And how did you like it?
It was fantastic and I absolutely loved it. I came here early but it was packed. And the rain worked in my favor because the Grotesque stage is indoor.

What do you do if you’re not producing or touring? What are your hobbies?
Mostly gym related because the music production takes a lot of time. I also read books on life couching. Reading is one of my hobbies.

What is your favorite motto or quote?
“The pain we feel today is the strength we’ll see tomorrow”.

Fun fact: to manifest his dream of playing at Creamfields, Ciaran tattooed the festival logo on his chest at the age of 16 , and he is playing the festival this year! We too, think that the law of attraction really works, Ciaran! And you are a perfect example. Trance Family Kuwait wishes you best of luck in your career. :)

To follow Ciaran McAuley on social media and stay up to date with his new releases and tours: