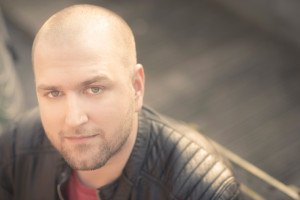 The face you may know… The name though, possibly less so. Bolier (previously best known to the world of electronic music under his christened name Leon Bolier) has been a stalwart of the European scene since the early years of the current millennium. However, unlike many of his at-the-time trance contemporaries, from the start his music was always dipping into other areas. With the evolution to more straight-to-the-point name Bolier this year, that took its biggest upturn to date.

As WSTLNDR though – his donned guise for a series of singles, and now a whole artist album for Black Hole Recordings – he’s gone wholly ‘off-campus’. ‘Atmostopia’ is a free-ranging, long-playing stroll around the outskirts of the electronic music park, shucking of any ill-advised attempts to pin one particular style to it in the process. To get to the bottom of such an endeavour, we decided to get inside the mind of the Dutchman and find out what makes his new proxy tick.

Welcome – thanks for talking to us this morning. First up, whereabouts in the world do we find WSTLNDR today!?

WSTLNDR: In the Netherlands in my studio. Right now I am editing and fine tuning some vocals for a few of my upcoming singles.

Let’s start at the beginning… where and when did the idea for WSTLNDR first occur?

WSTLNDR: I think this was in the end of 2013. It was in the time that my main focus was still on the harder hitting beats for my main singles. I wanted to find ways to do music that’s more suitable for a listening experience rather than a party environment. So that’s what I did – just started producing a few tracks where I didn’t think of dancefloors etcetera.

Was WSTLNDR originally conceived as just a one-off single, a singles-only project or did you always have an eye on producing a full album?

WSTLNDR: No, at first I didn’t have plans for it really, I just started working on some music and thought, let’s see if anyone would be interested in releasing this kind of material. If not, I still had fun producing it.

What was the approach to the project? Did you find a label home for it first, or did you begin production and then cast about for one?

WSTLNDR: I contacted Arny from Black Hole Recordings because I knew he also signed Marcus Schossow’s Oliver Englafjord album to see if he dug the stuff I had produced thus far, and he did. He seemed interested in such a project, and about a year later I dropped him a call that I had gathered enough tracks with such versatility that those could form the backbone of an album. He was interested in the whole project so I decided to move on with it and fine tune some tracks, and work on others, where I thought they were needed to make sure there’s a full album that’s consistent from beginning to end.

With Bolier, and now WSTLNDR, it’s been a period of name changes for you recently. What are the pros and cons of altering names and adding in aliases to your production profile? 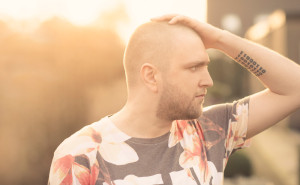 WSTLNDR: I always have had aliases for different kinds of sounds. The Bolier thing was a decision after the success of ‘Every Single Piece’ with Redondo on Spinnin’ records – also a track with a more organic and melodic vibe to it. I noticed I really enjoyed going back to the grooves and melodies, and the market was ready for this after the EDM explosion. (People might know I released a track in a similar vibe end 2012 with Alex Kenji called ‘Trumpets’ but we saw the time wasn’t right back then – and thus decided to carry on with it.)

To make it a bit easier to understand for the audience out there, I decided to continue as Bolier – so people would know to expect different things from now on (housey, vocal driven melodic groovy stuff). As I have seen in the past, whenever you decide to switch things up, people get confused (and they still do) – but maybe this helps a bit making clear what to expect.

With their recent Oliver Englafjord album ‘Myrki Heima’ (Marcus Schossow’s offbeat, summer 2015 longplayer), Black Hole Recordings seem to the new go-to stable for ventures of this nature. As an artist, now doing likewise, why do you think that is?

WSTLNDR: I think it starts with the musical taste of the A&R managers, and from there maybe the label wanting to experiment a bit with projects outside of the typical trance paths. Apart from that Marcus told me Black Hole were nice and cool partners to work with on a project like this, which is why I decided to take it there. I wanted to make some good music and get it out there without too much hassle – since I am buried in work here. After contacting them and working with them on this I can say Marcus was right about this!

‘Atmostopia’ seems to be both a cool name, but also (merging as it does the words ‘Atmosphere’ and ‘Utopia’), a mission statement of sorts too. Is that correct and if so, musically what type of atmospheres are most utopian to you?

WSTLNDR: This is correct, as for your question though, tough one. A hard hitting nasty drop – which is original and well produced – can give me that wow effect, as well as a beautiful melody or well written lyrics. Though all those wow effects would be different for me. Also really depends on the setting. Are you listening at home or at a festival? What’s the weather like? How’s your current mood? All that.

What prompted the choice of singles (‘Muda’ & most recently ‘Nyx’) taken from it thus far?

WSTLNDR: I decided on the singles together with Arny – Muda was one of Arny’s personal favs, ‘Nyx’ one of mine. Simple as that!

And what do you see as the tracks you’d most like to see ‘singled out’ in the future?

One of the principles of WSTLNDR seems to be that it swerves away from using established genres to define its artistic content. Why have you adopted this method?

WSTLNDR: Because frankly, I don’t care about genres at all. It’s a concept people want and maybe need to use – but for an album like this I was glad I didn’t have to produce ‘towards’ certain sounds.

Collaborations are notably few and far between on the album too. What was the reasoning behind that?

WSTLNDR: Because collaborations usually take more time. I did a collab with Sied van Riel under his Evil Sardine alias cos he’s one of my long time friends in the scene. Currently we are doing different sounds under our own names, and hence playing different parties . So I dropped him a call and said lets make a track for this album, also to catch up a bit, have fun. For the other tracks I just wanted to be in my studio and put everything that came to mind into tracks.

Further still even, the same can be said for vocal numbers. Where they do exist though, simply through the scarcity, their effect seems to be that much more pronounced. Is that something you’d agree with?

WSTLNDR: WSTLNDR is less radio driven, so I didn’t feel the urge to put vocals where possible. Having said that, I LOVE working on vocals, writing lyrics – but I decided that I want to spend the energy writing those on my main tracks, as for WSTLNDR the focus is a bit more on the experimenting and sound design.

You said though that certain elements of ‘Atmostopia’s music have at least something to do with the same feel as some of your earlier albums (specifically ‘Pictures’ and ‘Phantasma’). Can you expand on that?

WSTLNDR: Those were seen as trance albums because there were quite a few trance tracks on there, however, also on those albums there’s a lot of experimentation with anything out there musically. Also I think all three albums are great for home listening.

Post the release of this album and the singles, what are your future thoughts and plans for WSTLNDR?

WSTLNDR: Make more music, basically. It’s great to have a moniker where I can push music I think is great – but too experimental / outside the box for my main singles. So nothing gets lost on my old hard disks, but actually sees a release.

Finally, with the EDM sound apparently bottoming out in the States and beyond, do you see this as possibly being a new golden age for experimentation and exploration in electronic music?

WSTLNDR: Of course, this also happened over 10 years ago when trance got whored out and the big masses here in Europe started to look around, musically. Those guys attend the techno parties right now, the mainstage EDM sound is great to get new people into this dance scene. From there on they can decide what they like, whether it’s house, techno, trance or dubstep, people will find their way. I personally think big room EDM will become just one of the many genres out there. Like trance was dominating the charts back in the day and now has it’s own stable fan base.

Many thanks for talking to us, and all the very best with the onwards march of the project!

WSTLNDR: My pleasure! Thank you too. 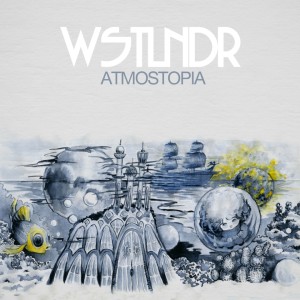