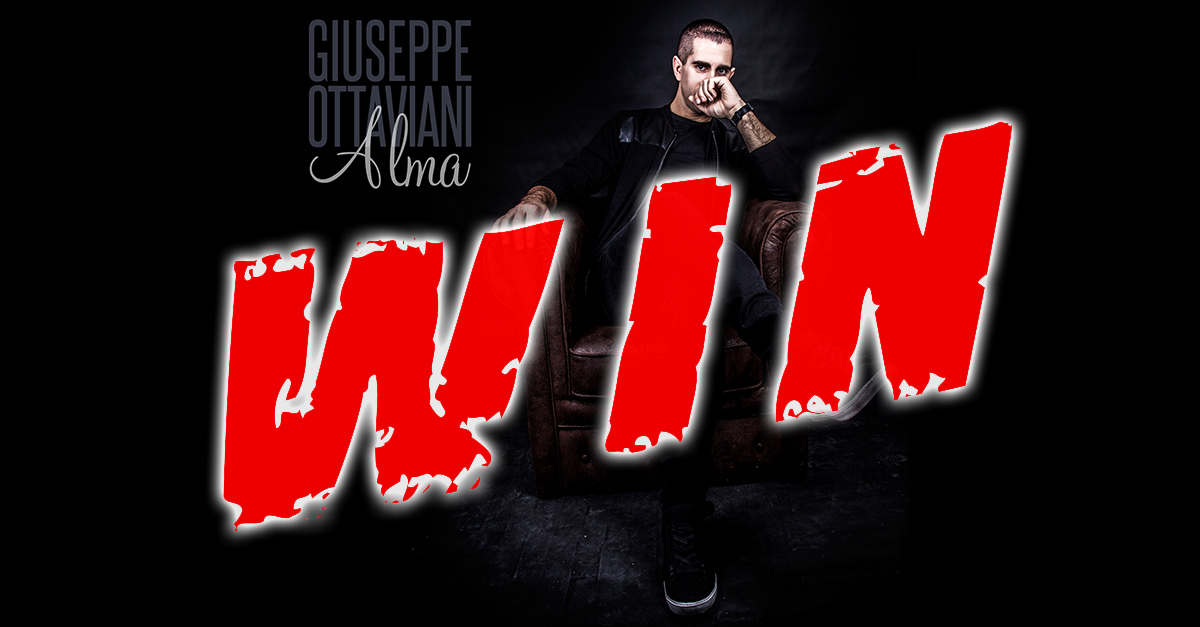 As any Spanish native will tell you, “alma” means “soul”. And it’s from that exact place that Giuseppe Ottaviani‘s new studio album originates. Marking a departure in part from the high-octane, exclusively primetime sound with which he made his name, it sees him cast his soundnet wider… and markedly deeper.

With only weeks to go before its September 30 release, today the producer reveals the full partner list for his third longplayer. Through it, Giuseppe gives the clearest of indicators as to how “ALMA” will sound in its end-to-end entirety. After announcing last month that Paul van Dyk, Kyler England & Christian Burns would feature, today sees Sue McLaren, Eric Lumiere, Jennifer Rene, Tricia McTeague and others join ALMA’s studio cast.

With DJ Mag hinting at “a more multifarious album”, Dancing Astronaut stating that it “features personal pieces” and MIXMAG bestowing it with October Album of the Month honours, “ALMA” looks set to go places few – if any – longplayers have stepped before.

“ALMA” embarks with ‘Brightheart’, its just-released second single. A collaboration between Giuseppe & Christian Burns, it sees the English singer bring a new level high in meaningful songwriting and emotional infiltration. Building on that, newcomer Tim Hilberts impresses endlessly with ‘On The Way You Go’s wistful, delivery and beyond-his-years lyric writing. A little further in, Eric Lumiere (who’s ‘Love Will Bring It All Around’ kicked off ‘Magenta’s 2014 campaign) wows all over again with ‘Burn Bright’.

The female voice naturally plays an equally significant part in ‘ALMA’s make-up. ‘Firefly’, sung by Kyler England (whose previous credits include work with Tiësto, Myon & Shane 54, First State and others), comes laden with esoteric metaphor & implied meaning. Marking the first of two appearances throughout its runtime, Sue McLaren lends a prophetic significance to the lyrics of ‘Wait Till You Miss Me’. With Giuseppe previously having worked with Paul van Dyk on tracks for two of the legend’s albums, on ‘ALMA’, PvD replies in kind. Through her song, Sue seeds cellular level emotion into the pair’s latest team-up, ‘Miracle’. Having previously worked with high-calibre producers like Nile Rodgers and Narada Michael Walden, Tricia McTeague stirs ‘ALMA’s tone deeper again with the irresistibly lament-tinged ‘Loneliest Night’. After last year’s Beatport #3 smash ‘Lean On Me’, Jennifer Rene and Giuseppe brilliantly reteam with the album’s closeout swansong, ‘Home’

Shedding more light on the origins of the album and its title, Giuseppe says: “ALMA is the most introspective album I’ve ever recorded. It comes from somewhere deep inside and draws on memories from my childhood – times when I was not listening to one, but many types of music.

With its variety, ‘ALMA’ aims to bring the essence of a child’s spirit into my adult self – carrying the same enthusiasm and emotions as those I grew up. And so, as children are the future of this world, I dedicate this album to my own two. The title ‘ALMA’ is an amalgamation of the first two letters of ALessandro & MAtteo’s names.”

On its instrumental numbers, ‘ALMA’ audaciously ventures onto some wholly unexplored trance ground. It’s vanguard single ‘Slow Emotion’ is a fascinating concept piece, which (per the UK’s DJ Mag) is an “upliftingly riffed, blood-pumping trancer, played out at 110bpm”. ‘Slow Emotion 2’ – it’s album-exclusive spiritual twin, expands on the theme, potently factoring 303 and an electrifying new mainline into its equation. Running at a similar tempo, but with more of an afterhours feel, the album’s midpoint is scored by the lucently aquiline ‘Primavera’ (or ‘Spring’ in the artist’s native Italian). The album’s title track gearshifts from its cruising, pulsating opening to ‘Alma’s sonically tubular, poleaxing conclusion, while Ozone’ thumps proceedings up further, playing with analogue sound styles and infectious piano lines. Likewise framed in 80s-styled synthery (& feel) is the dramatically drummed ‘Countdown’, whilst marking the album’s highest trance elevation, ‘Aurora’ brings it spirited, hymnal harmonies.

An album for those in need of music with more meaning, greater penetration and a longer lasting ‘listen-life’, the soul-filled ‘ALMA’ will satisfy this autumn… and for many a year to come. 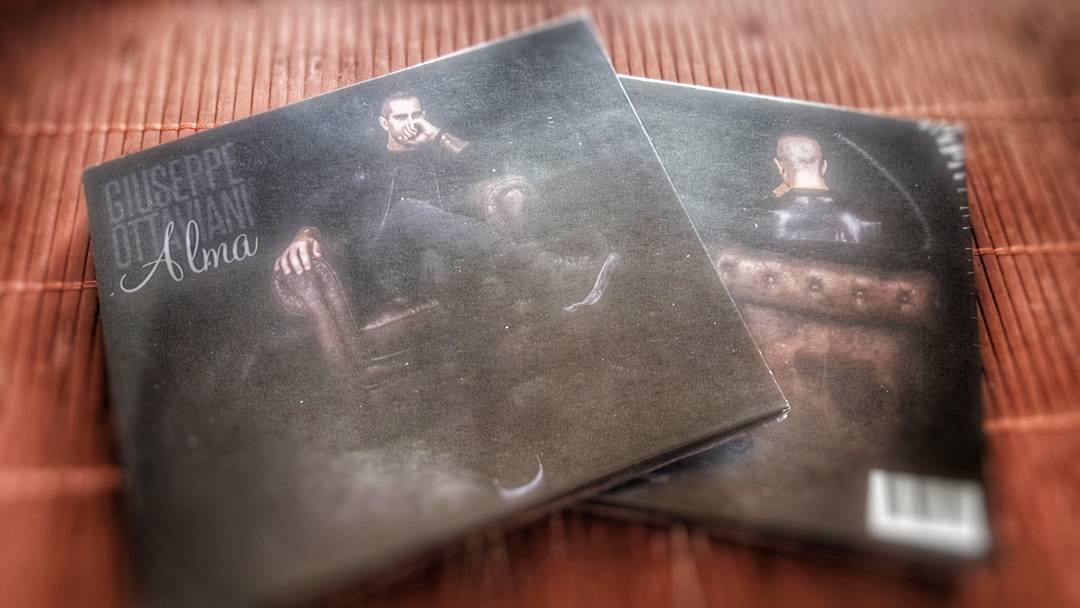 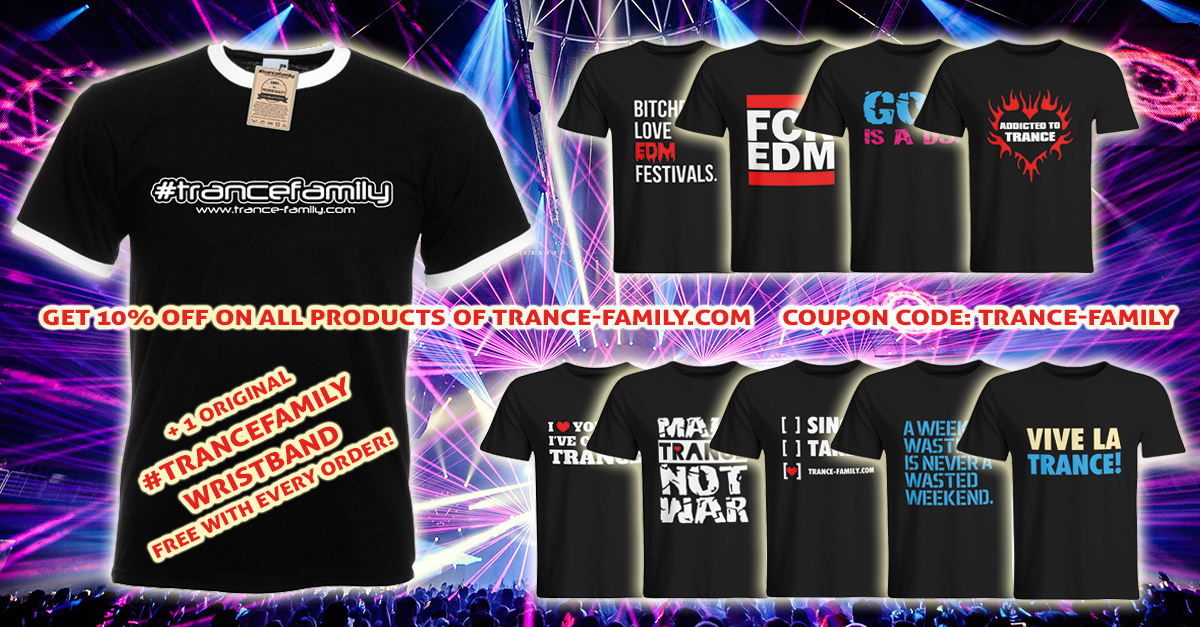 Get 10% off on all products of trance-family.com + 1 original #TranceFamily wristband free with every order!
COUPON CODE: TRANCE-FAMILY
Ready for the next rave?