The album, the third full-length offering after “Northern Lights” and “DRIVE”, features some well-known names from many different genres. Alex & Sierra, the most recent X-Factor U.S.A. winners, showcase their talent on “We Were Young”, while U.K. pop-rockers Lawson give the album a rocky edge on “Make It Happen” and long-term Emery collaborator and friend Christina Novelli returns for what is their true “Concrete Angel” follow-up: “Save Me”.

Prior to the release of “100 Reasons To Live”, several album singles hit the world through either official release or live set world premieres, to great acclaim of Emery”s massive fan base. Lead single “Reckless” featuring Wayward Daughter was launched at the start of the album pre-order window in mid-February, whereas infamous single “CVNT5” featuring Ashley Wallbridge hit the world by way of a viral music video. Additionally, many singles saw their respective worldwide premieres on-stage, with several album tracks being played at Emery”s live set on the main stage of A State Of Trance 750 Utrecht.

Later on, “100 Reasons To Live” will be spotlighted even further by way of a grand tour across North America. Through shows in renowned boutique clubs in Washington, San Francisco, Boston, Toronto and more, Emery offers his fans a chance to experience the album via DJ sets in an intimate setting. 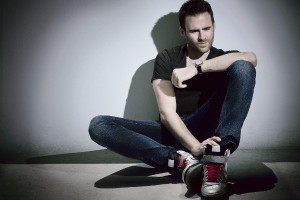