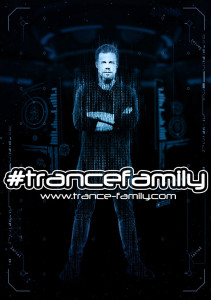 Dutch electronic music pioneer Ferry Corsten has delighted music fans with the official announcement that 2016 will see him bringing one of the trance scene’s most beloved names in Gouryella, from the studio to the stage for a series of exclusive debut live shows.

Originally formed in 1999 by Ferry Corsten and Tiësto, Gouryella was a Dutch trance act best known for their self-titled first release ‘Gouryella’, that featured a remix by another Dutch artist Armin van Buuren, and which became an instant classic scoring various chart positions around the world. Their second single titled ‘Walhalla’, which also included a remix from Armin, as well as Hybrid, equally grabbed the scenes attention and solidified Gouryella’s status as a producer combo worthy of note. This reputation was backed up when both singles were certified Gold on record sales. The duo followed up with one more single in ‘Tenshi’, before Tiësto departed the famed dance act in 2001, leaving Ferry to write and produce ‘Ligaya’ with the Dutch producer John Ewbank, which received a 2002 release.

After a 13 year hiatus from the project Ferry decided the time had come to breathe life once more into a musical force that so many fans had longed for. Emerging from the studio in May 2015, Ferry gave the world premiere of a new Gouryella. Titled ‘Anahera’, which means ‘Angel’ in Maori, this new uplifting trance score with its immense nostalgic feel received its first spin on Ferry’s global spanning radio show ‘Corsten’s Countdown’ and excited a community of fans who, by now, had come to believe that the Gouryella project was one for the history books.

Released June of that year, and finding support from every major trance DJ in the scene, the single climbed to the #1 spot on the Beatport Trance Chart, where it held position for over 2 weeks, alongside securing the #10 spot on Beatport’s main chart – demonstrating once more that trance music is every bit alive and kicking.

Speaking on the announcement, Ferry explained his decision to bring back the alias was due to the passion from the fans: “Throughout my career, wherever I’ve played in the world, one question that continues to crop up from the fans is when I am going to bring Gouryella back. I’ve always been incredibly touched by the love and appetite they’ve shown this side of my musical career. For the last 4 maybe 5 years I’ve been thinking about bringing Gouryella back but just haven’t been able to find the right production when I was in the studio, that was until ‘Anahera’, after the feedback from the fans on this latest Gouryella track. I know it was time!”

Having inspired an army of electronic artists from Andrew Bayer and Gareth Emery to Nicky Romero and Hardwell, Gouryella’s music is as timeless as it is loved. An emotion that Ferry shares, which is why fans can expect something truly special from the Gouryella live show. Enveloped in a unique stage production the show will give fans an experience set around all the questions that human kind has. Playing back into the enigmatic energy that surrounds the names aboriginal meaning of ‘Heaven’, this live tour concept will bring to life the soul of Gouryella, as Ferry has always envisaged it, and give fans a breath-taking experience to remember. Welcome back Gouryella!