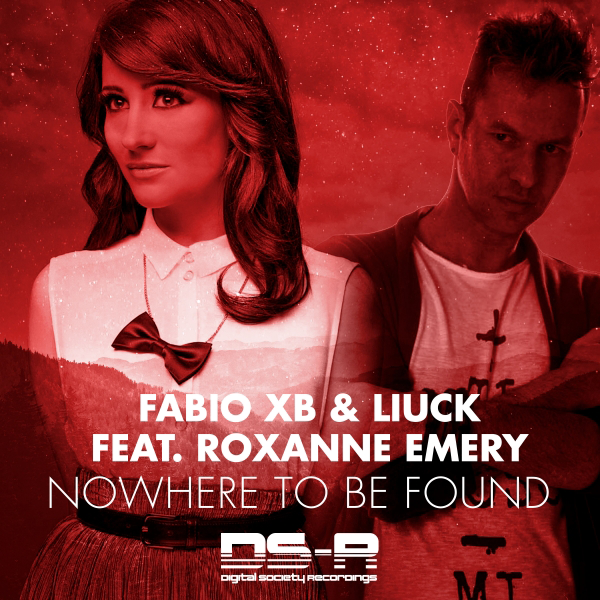 It’s getting to be such a regular occurrence, you could almost call it annual! Fabio ‘XB’ Carrara and Luca ‘Liuck’ Facchini have been back in the studio making more of that musical voodoo that they do! The result of their latest session is another can’t-miss floor-bullet in the form of ‘Nowhere To Be Found’.

The track follows 2014’s ‘Back To You’ and last year’s ‘Step Into The Light’, which collectively hoovered up some of trance’s most highly prized honours. Included among them was a Future Favourite win on Armin van Buuren’s A State Of Trance show, MIXMAG’s coveted Single of the Month award and Money Shots in several DJ Mags around the globe.

For Fabio & Luca’s 2016 team-up though, one fundamental aspect has changed. The Italians have brought in Roxanne Emery, who assumes vocal duties from Christina Novelli. Roxanne, of course, is no stranger to the productions of trance’s highest fliers. Since making her debut on Cosmic Gate’s ‘A Day Fades’, she’s lent her distinctive tones to many productions, including those of Dash Berlin, Aly & Fila and big brother Gareth.

From ‘Nowhere To Be Found’s outset, Fabio & Luca break out a production wellspring of marching percussion, drum dominion, floor-shifting bass and crowd-entrancing riffs. Through her early ether-filled verses, Roxanne instils further mood to the track. Come its chorus though, ‘Nowhere’ lifts, pivots and transforms – charged by Fabio & Luca’s surface to air synths.

Spectacularly produced, down to its last sonic pixel, ‘Nowhere To Be Found’ is a gateway-to-summer track no dancefloor night can be complete without!