“Yep, there’s always gotta be something unique in there!” chuckles Juraj Klička. Generally speaking Driftmoon’s passing comment on his approach to albums. More specifically though it’s about ‘Remember The Night’ – his just-announced third collection. “It’s a crowded field, he says of the format, so to me, they have to have something that will set them apart.” Bringing USPs to his longplayers is something the Prague native’s developed a track record for. With its hybrid orchestration, his first (‘R(E)volution’) connected the worlds of electronic and classical music. Last summer’s ‘Invitcus’ meanwhile upped the ‘original’ ante further, with its half music/half audiobook concept lingering long in the memory.

Now – in full album stride, Juraj is at it again. ‘Remember The Night’, which arrives this March, approaches from another remarkably different angle. “If they happen at all, he says, live album performances tend to be the ‘what comes after’. The one that follows the classic studio album release. Here though I wanted the live experience to be people’s first connection with it. It’s called ‘club music’ after all, so let’s introduce it that way!”

No coincidence admittedly, but Juraj was well positioned to make that happen. Evermore over the last ten years, the Czech capital’s Epic club has become a bucket-list essential for music lovers from Europe and far, far beyond. As Epic DJ resident, the club provided the optimum platform for Juraj to mount a live rendition of the album.

Further, its occasion allowed Driftmoon to bring in another aspect that’s long held his interest. “I’m as fascinated as the next person by the link between memories and music – possibly even more so. Even before I was a DJ or producer I was aware that every remarkable moment in my life – happy or otherwise – somehow had a piece of music ‘attached’ to it. I guess one of every musician’s wishes is to be behind a track that leaves that type of impact. So between writing this album and its first performance, it became something of a mission to try and hit that. How it works out, well only time will tell!”

Of the performance itself though, Juraj admits to having some pre-show butterflies. “When you’re doing a DJ set, you work on the premise that a percentage of the crowd will be familiar with a percentage of the tracks. Here, I was working on the absolute knowledge that none of the audience would know any of the tracks! I think when we’re feeling emotional extremes, our receptors are that much more open. Memories consequently become even more intense. I think the audience at Epic really tapped into that and – as you can hear on the album – got swept up in the night!”

Alongside ‘Remember The Night’s solo moments, Driftmoon did call on some particular close chums and musical confidants to collaborate on its creation. Subsequently it came to include music made with Robert Nickson (under the duo’s Astrosphere moniker), Ferry Tayle and Ahmed Romel. Further, its also became a platform for a long overdue studio return for Paul ‘Re:Locate’ Moelands, as well as a pairing with much-revered studio savant, Geert Huinink. 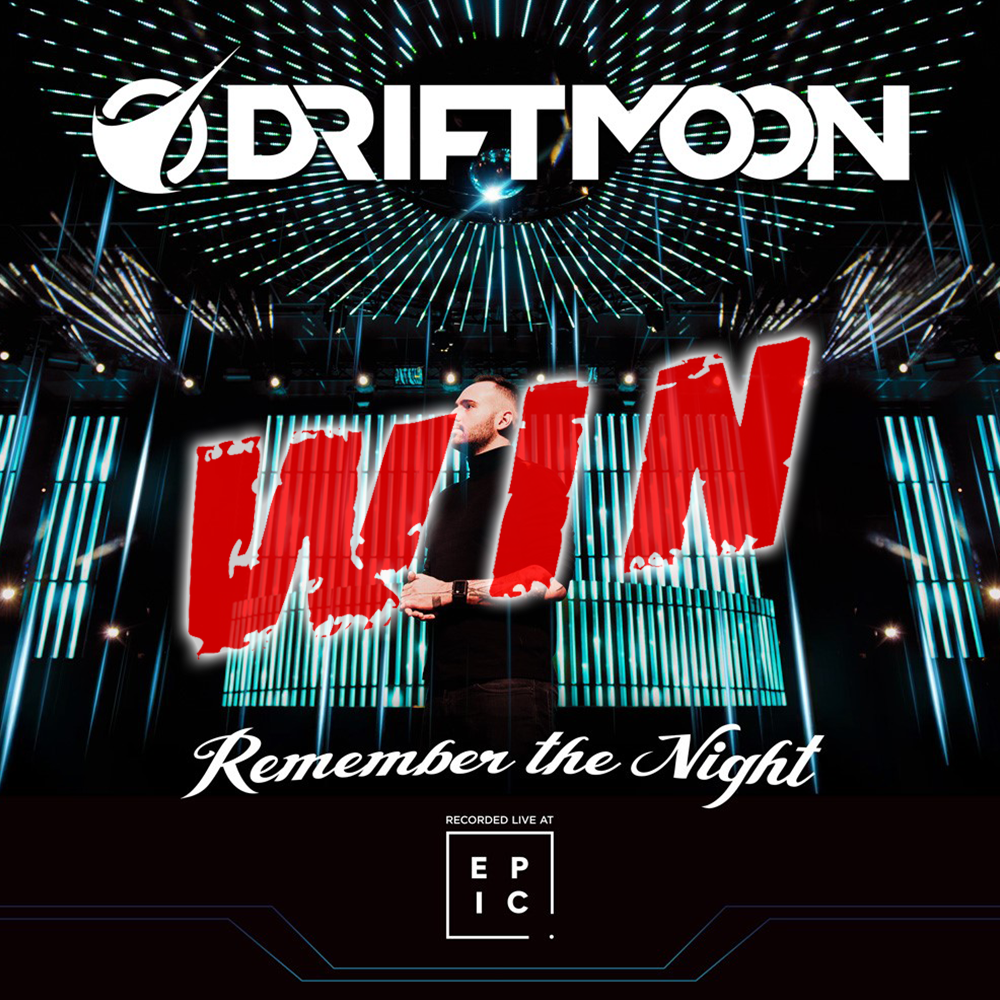