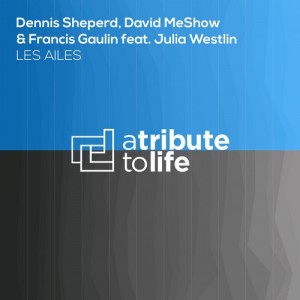 It’s been an eventful and exciting few months for German producer & DJ Dennis Sheperd. In April, his fully crowd-funded ‘Fight Your Fears’ album hit in. When its 10 brand new originals rushed into the trance stratospheres they were welcomed by a loyal following of his diverse sound. One of its jewels, the Canadian affair of ‘Les Ailes’, now sees it official release. Combining the strengths of David MeShow, Francis Gaulin, Julia Westlin and of course Sheperd himself, sees this powerful beat ballad smash in just in time for sweet summer night adventures.

‘Les Ailes’ is Sheperd’s rework of David MeShow’s ‘Real Electro Music’ video, which combines different elements until an electronic song is forged. Sheperd’s taken all bits and pieces and transformed it into a smooth composition of driving trance, up-tempo prog and high impact. With the stunning French vocals of Julia Westlin, ‘Les Ailes’ will easily find a way into your heart.

For the dark club moments, Australia’s DJ Ange brings in an uplifting and melodic remix that builds and winds all the way up to its stunning break. Another mighty package brought to you on A Tribute To Life!

Out 27th July on Beatport as 2 weeks exclusive and 10th August on all other digital stores worldwide.