Successful kick off “A State Of Trance Festival” incl. Sets 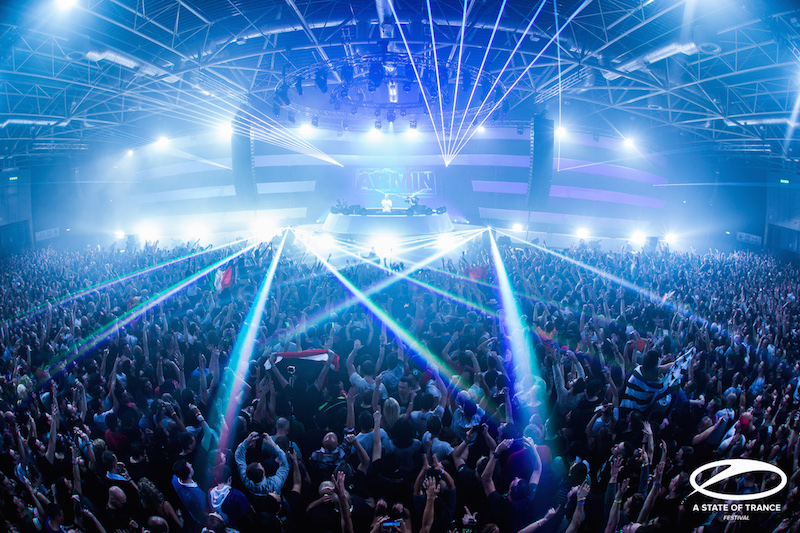 Last night A State Of Trance presented the renewed ‘A State of Trance Festival’. A crowd of over 30.000 people enjoyed multiple stages with over 30 DJs in the Jaarbeurs Utrecht. The festival delivered the unique ASOT vibe and electrifying atmosphere. For the fans who were not able to join this event, it was broadcasted live and connected 450.000 thousand people from 100 different countries all over the world.

The festival was a big success as it brought a brand new musical journey that infallibly captured the true spirit of A State of Trance. The 4 stages in total, Main Stage 1, Main Stage 2, Who’s Afraid Of 138 area, the Talent Room and the Radio Dome brought different artists and music that created the unique ASOT vibe.

Armin treated his fans to a special warm-up set from 8 till 9 pm that was followed by the live radio show from the ASOT studio. The new studio had a very prominent place and was a highlight of the festival. The studio was introduced as the ‘A State Of Trance Radio Dome’. The Radio Dome, a transparent dome, was situated in its own area. Fans got special headphones and were able to listen live to the main stage and to exclusive interviews with DJs. Everyone was part of the radio show

All this together turned Utrecht into the Trance capital for one night and thousands of people turned Together in A State of Trance, the new theme of this year. Armin van Buuren is very proud: “With all the artists and all the fans we really brought ASOT to the next level. We created the unique ASOT vibe, that incredible feeling and even more…. With the interaction of all the fans we really merged into Together A State of Trance!”
The next ‘A State of Trance Festival’ will be at the 11th of April in Buenos Aires. Also ASOT will be present at ‘Ultra Festival’ on the 29th of March in Miami with a ASOT special. A State Of Trance radio show attracts more than 20 million listeners per week in an astonishing 74 countries, and was an instant success from the moment it started in 2001.