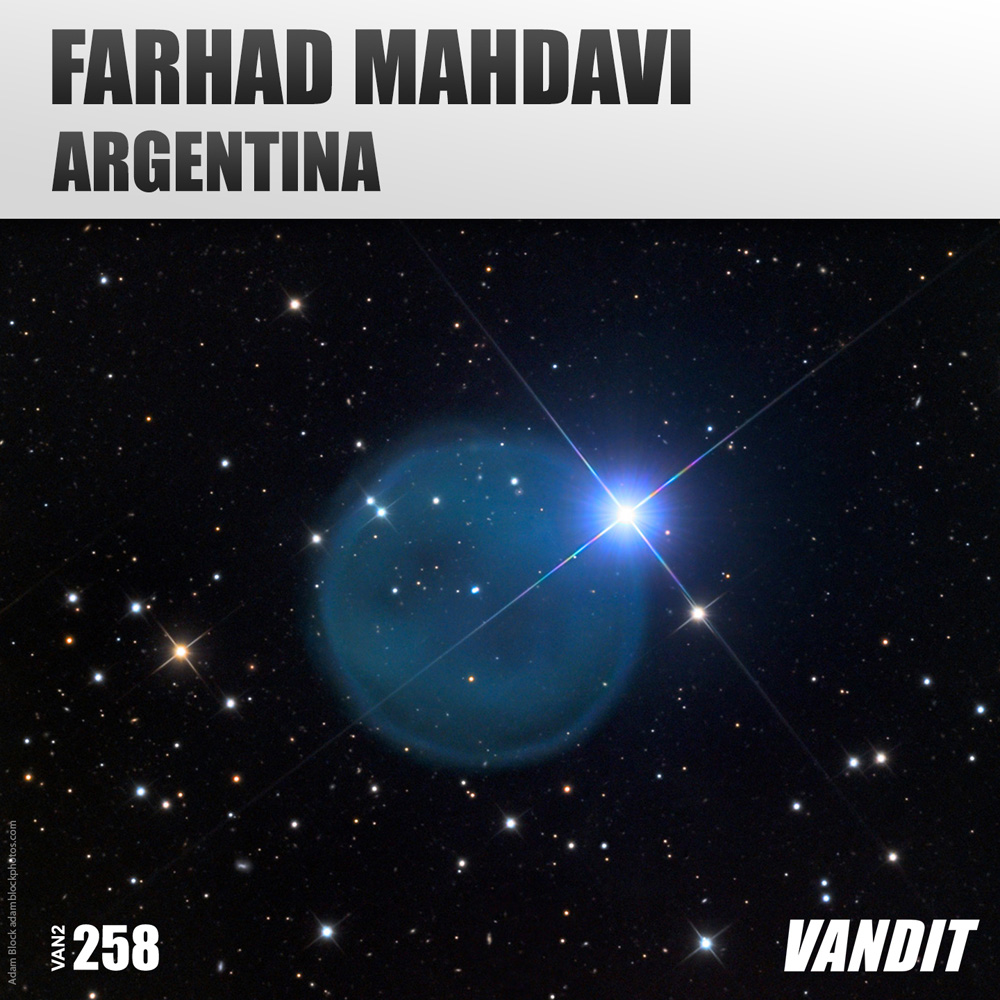 Seasoned VANDIT watchers will most quickly associate Mr. Madhavi’s name with “Together Again” – his 2016 Paul van Dyk /Sue McLaren co-production. That – alongside a raft of releases (including “Warsaw”, “Distant” and his 2015 album debut “Tehran Echoes”), have seen Farhad firmly established in the world of trance.

This however is his first solo outing on VANDIT, and for that, we suspect, the Iranian producer’s been holding something rather special in reserve!

“Argentina”s the inspiration for the track and in every beat, leap and bound of its runtime, it musically telegraphs the country’s irrepressibly high-on-life nature.

Stealing attention from the outset, the track’s arrangement is packed to the nines with neat production touches, tweaks and flourishes. Building on its already plenty uplifting tone, as it reaches for the break “Argentina”s sub-melodies muster a mighty head of steam. Into the drop Farhad hits release on a wash of pads, chords and shimmering, delayed-effected piano notes – which pan and shuttle throughout. With one big final uprush, he delivers a conclusion that’ll linger in the mind long after “Argentina”s left the speakers.