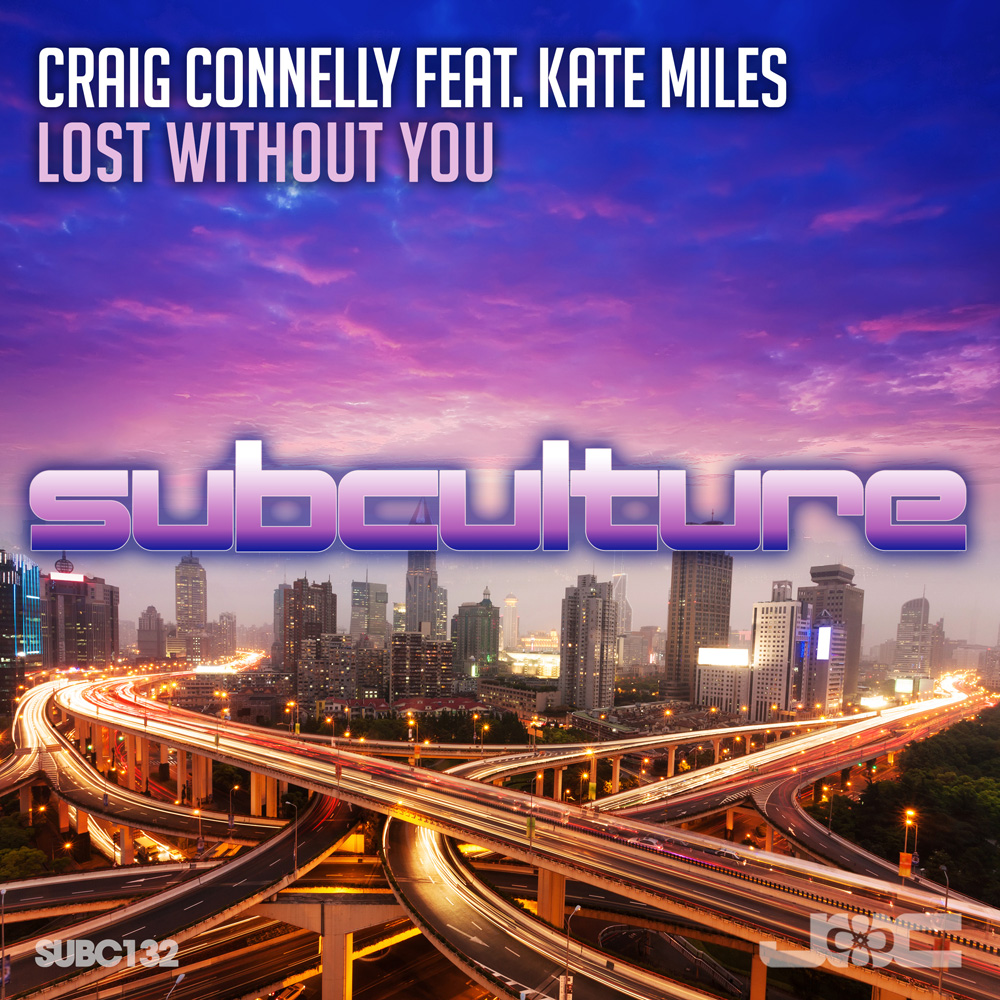 Craig Connelly‘s a man who knows how to start a New Year the right way. He kicked off 2017 with the release of his album debut “One Second Closer” and he’s quicker off the blocks yet again in 2018 with new single “Lost Without You”.

Representing new post-“One Second Closer” material from the Manchester-based producer, it sees him on a first time studio-connect with singer Kate Miles.

If her name/voice sounds familiar, well likely it’s for good reason. The Norwegian songstress has been lending her tones to electronic music tracks from as far back as 2009. “Lost” sees her bring the same sweetly sung touch she did to – amongst others – Allure/Tiësto’s “My Everything”. With her voice instilling its emotional core, “Lost Without You”s lyrical theme will resonate with many, and far beyond the walls of a club.

Get your copy here: subculture.choons.at/lostwithoutyou