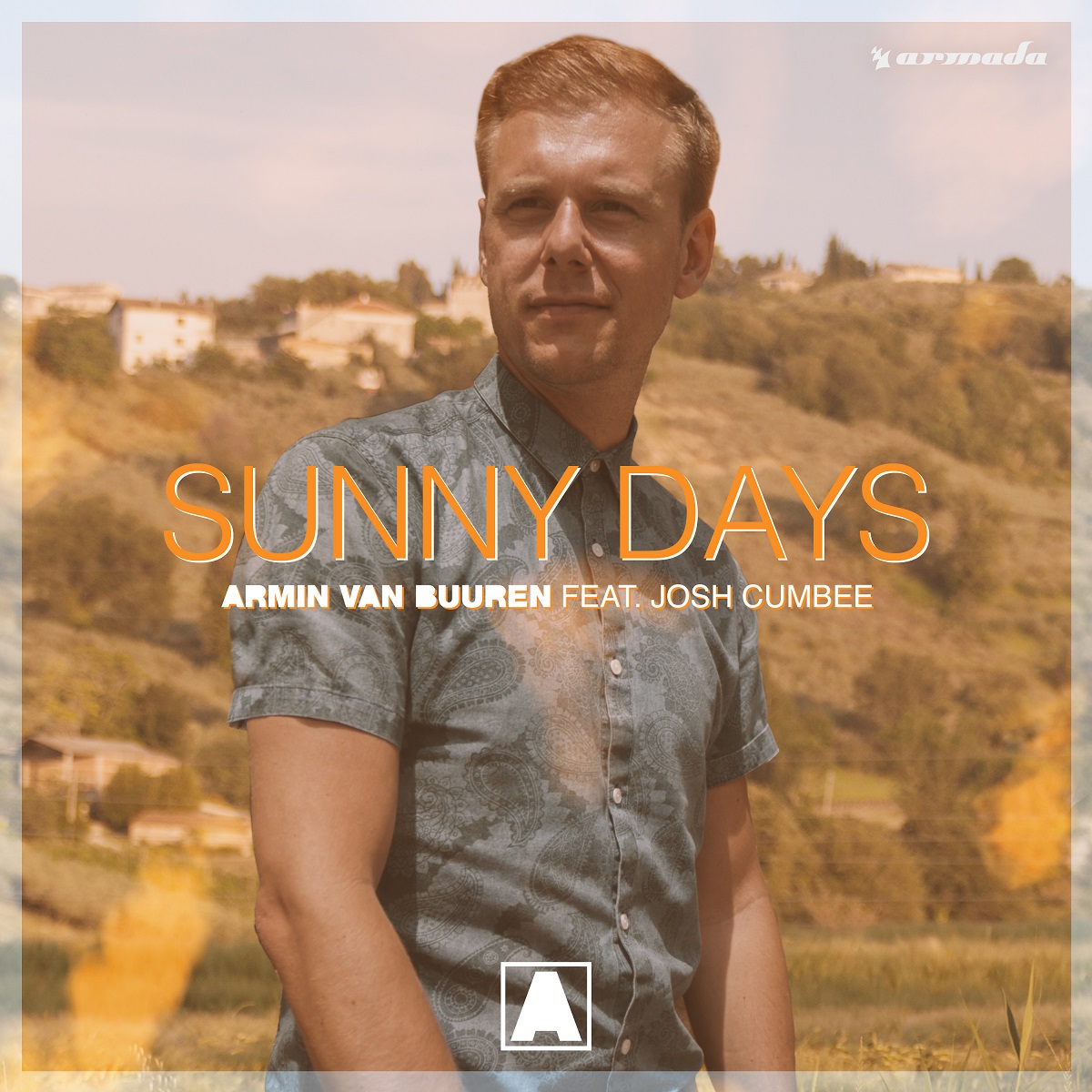 While pop predecessor “I Need You” keeps going strong around the world, Armin van Buuren has already launched the smash single’s follow-up and its official music video. Both “Sunny Days”, which features L.A.-based singer-songwriter Josh Cumbee, and the music video, which was shot in Italy, have been released today on Amsterdam-based record label Armada Music.

Radiant, upbeat and more addictive than the caresses of a hot summer sun. Those three things capture the essence of Armin van Buuren’s brand-new single. Representing a piece of summer that never fails to bring a smile to your face, “Sunny Days” features the warm vocals of Josh Cumbee, mesmerizing guitar play and delightful vibes that dance music enthusiasts the world over just have to indulge in. Whereas the song itself was written over the course of a vibrant multi-day studio session in Los Angeles, the music video of ‘Sunny Days’ was shot at a sun-laden sweet spot in Italy.

“I Need You”, Armin van Buuren’s collaboration with Grammy-winning producer Fernando Garibay and singer Olaf Blackwood, is the song “Sunny Days” aims to build on. It saw its release on Armada Music at the start of this year and has since racked up more than 25 million streams on Spotify alone, all the while topping the Mediabase Dance Charts for several weeks. It’s up to “Sunny Days” to match or even surpass those brilliant achievements.