Google announces Armin van Buuren is one of 2018’s top 5 most searched names in electronic music! 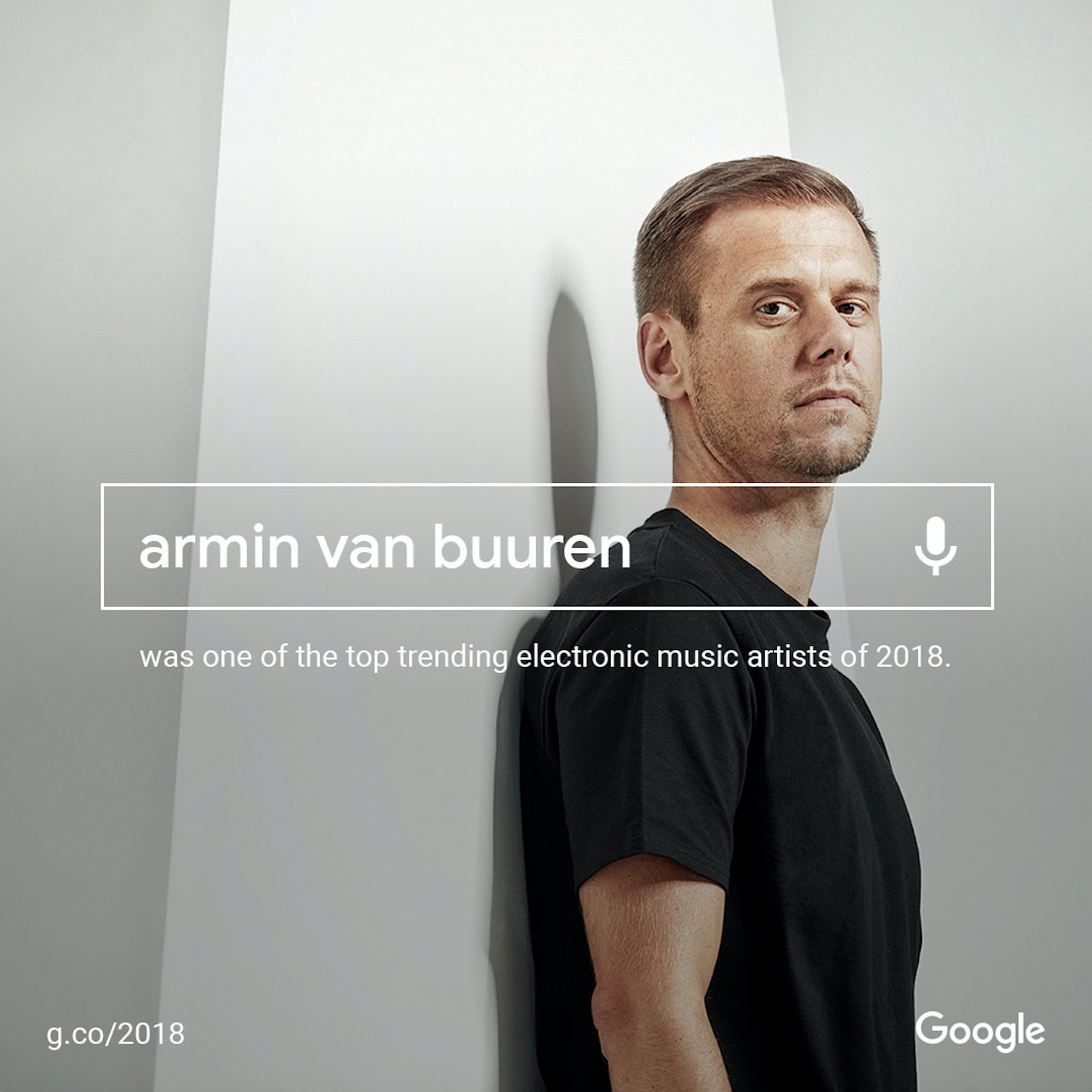 With more than 41 million listeners tuning ineach week to his SiriusXM radio show “A State of Trance”, Armin vanBuuren is considered one of the top DJs and music producers in the world, having been voted as the #1 DJ worldwide five times. Further highlighting hispopularity, Armin recently sold out his show in London’s Wembley stadium inless than three hours after tickets went on sale.

Armin van Buuren said, “Wow! This is so cool and such great news to hear; what an honor to make it in Google’s search list of 2018. Behind every search is someone looking for my shows or music. Connecting my music to my fans is the most important thing for me. My thanks go out to Google and even more so to my fans for their amazing support. I wouldn’t be on this list without you!”

This coming Friday, December 14, Armin willrelease his own annual year in review, his end-of-year compilation of hispersonal picks from the trance and electronic music releases this year. Arminwill unveil his “A State of Trance Year Mix 2018” this comingFriday, December 14th. For further information on Google’s “Year inSearch” 2018 list, please click g.co/2018 tosee all of the top searches of the year in different categories. You can findthe official artwork Google has created for Armin van Buuren for thisannouncement below. You can also follow this announcement on social media using#YearinSearch. Collectively, Armin van Buuren has over 14 million social mediafollowers and can be found at Instagram, Facebook and Twitter at @arminvanbuuren.