Bringing a truly all-star ensemble to Amsterdam this October, AMF 2019 is kicking things off with a bang, delivering an incredible Phase One lineup announcement. Making history at the world’s biggest nightclub, the mighty Johan Cruijff Arena, AMF will see a vast array of electronic music’s biggest names touch down at the party on 19th October as the most impressive indoor rave of the year fast approaches.

Preparing to own the night once more, AMF 2019’s Phase One billing will see Dutch icon Armin van Buuren – named as the “undisputed king of trance” by Forbes – bring his explosive sound to his homeland once more. Having made a monumental impact on the dance music industry over multiple decades, Armin van Buuren has proven himself as one of the most iconic DJs in history, cementing his legacy by topping the DJ Mag Top 100 poll more times than any other artist.

Returning to AMF this October will also be legendary dance juggernaut Tiësto – a man regarded by many as the “godfather of EDM”. Through his unmatched live performances and chart-topping releases, Tiësto has become one of the most influential artists in the world. The Grammy-award winner continues to add to his list of accolades, securing his position as one of the industry’s most decorated artists in history.

On top of the arrival of two Dutch legends, Swedish prog-prince Alesso will take to the AMF stage for the first time since his 2016 set at the event, fresh from the recent release of his widely acclaimed ‘PROGRESSO Volume 1’ mixtape. Responsible for a wealth of the biggest EDM hits of modern times, Alesso has racked up over 1 billion combined Spotify streams across his bursting back-catalogue, earning a reputation as a bonafide global superstar.

AMF’s Phase One reveal is rounded off by the arrival of relentless award-winning hit-maker Jonas Blue. Amassing an armory of platinum-plated tracks with almost 7.5 billion global streams and 40 million singles sales to date – certified platinum over 120 times around the world – the 5 x BRIT Award nominee has become a mainstage DJ, pop powerhouse and critically acclaimed songwriter. Responsible for huge anthems such as ‘Fast Car’, ‘Mama’, ‘Perfect Strangers’ the sound of last summer, ‘Rise’ featuring Jack & Jack, Jonas Blue’s hits will no doubt make a huge mark at AMF 2019.

As the home of the world’s greatest DJs, AMF consistently delivers an unrivaled lineup year after year. Held in Amsterdam, the uncontested capital of electronic music, AMF has built a solid reputation as one of the most extraordinary festivals in the world. Uniting leading artists, the world-renowned one-night event also hosts the crowning of the world’s No.1 DJ. With previous winners including Martin Garrix, Hardwell, David Guetta, and Dimitri Vegas & Like Mike, anticipation continues to grow around who will be this year’s winner.

This year’s AMF marks the first edition since ALDA and Insomniac officially entered a partnership at ADE 2018 when they joined forces to become ‘ALL IN’. The teaming up of the two top-tier organizations marks an exciting new era for AMF, which will continue to break barriers as a world-class event.

With just 5 months to go until AMF 2019, early bird tickets are almost sold out, with the remaining tickets expected to sell quickly following the announcement. Stay tuned for further news regarding the full 2019 lineup.

Get your tickets here: amf-festival.com/tickets 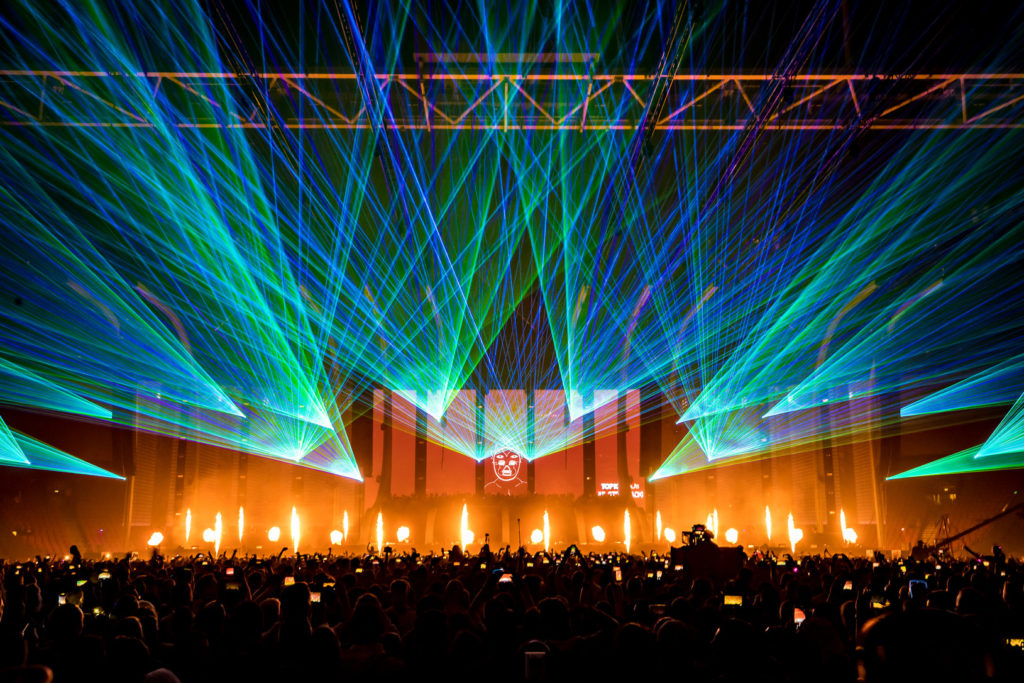